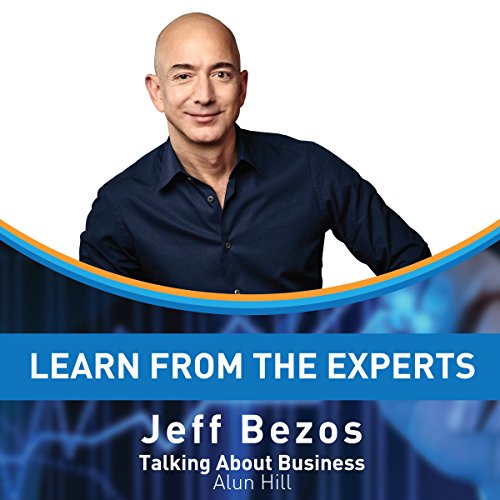 Learn from the Experts: Jeff Bezos

Learn from the Experts: Jeff Bezos

Of all the world's tech billionaires, none have been lauded for their leadership as much as Amazon founder and CEO Jeff Bezos.

His style and vision has been a constant example of effective business leadership.

Most notably, he has completely changed the way we purchase consumer goods and transformed consumer culture.

Jeff Bezos was born Jeff Jorgensen in Albuquerque, New Mexico in 1964 to a teenage mother.

His father left when he was a toddler and his mother remarried to Cuban immigrant Miguel Bezos, who would later legally adopt young Jeff. His biological father didn't even know his son was one of the wealthiest people in the world until a reporter found him in 1999.

The family eventually ended up in Miami where Jeff graduated valedictorian of his high school. He actually started his first company while in high school, an educational summer camp for teenagers called the Dream Institute.

He still had to take "normal" jobs for high school kids, his first at McDonalds.

He took a big interest in space travel, articulating a grand vision of space colonies orbiting Earth in the near future.

Jeff called himself a "garage inventor," often tinkering with simple household items and inventing things out of them, such as alarms and a solar microwave.

Bezos attended Princeton University after high school, where he graduated near the top of his class with degrees in both electrical engineering and computer science.

He surprisingly ended up on Wall Street in a few different firms, working in various capacities related to networking infrastructure.

He finally ended up in the investment fund D.E. Shaw, climbing his way up to the position of vice president in 1990.

At 36, he was the youngest vice president in the history of the firm.

He met his wife MacKenzie while working there. During his time at D.E. Shaw, Bezos envisioned a relatively new concept of a mail-order business but through the Internet.

He thought he could sell books online.

A thinly veiled advert for Amazon. No meaningful insight. Read the biography instead. Much better.

Fanstastic story to learn from

Even though it is only half an hour long it is a fantastic story to listen to, very curious. not sure how worth the money/credit is as it is simple and short overview, but definitely enjoyed it!