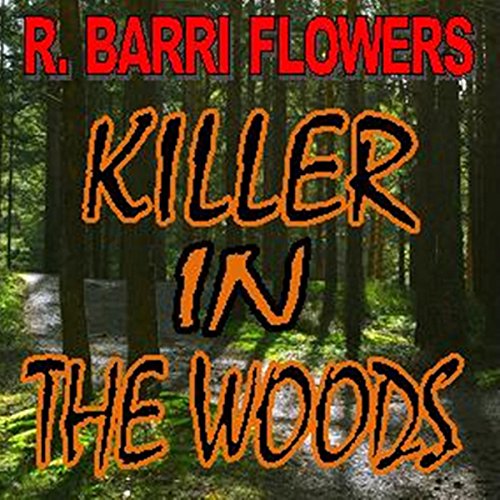 Killer in the Woods

Killer in the Woods

In the town of Bluffs Bay, Washington, a serial killer dubbed by the press "The Woods Strangler" is killing beautiful women in the affluent neighborhood of The Woods.

In an effort to bring the community together to fight this terror, Selene Herrera, director of a local battered women's shelter, helps establish a neighborhood crime-watch group. She is newly married to her second husband, Quinn, who is named the director of The Woods Citizens Against Crime group. A best-selling mystery novelist and nonfiction writer, he too is on a second marriage, having lost his first wife to violence.

The Herreras' life together is threatened when Selene's abusive ex-husband, Michel Giovanni, shows up in town under the guise of seeking the reward money offered for information leading to the killer. But he soon begins to stalk Selene, wanting her back and determined to have her any way he can. Selene starts to receive calls from an anonymous caller implicating Quinn as The Woods Strangler. Though she tries to dismiss it, the chilling calls and continued murders unnerve Selene and threaten to undermine her marriage.

Quinn fights the allegations as best he can, while keeping secrets that he fears could destroy his life with Selene. Selene is also faced with the demands of running a battered women's shelter, including trying to help a battered policewoman and dealing with a fire at the shelter caused by an arsonist.

A strong set of supporting characters includes Police Officer Ashley Leighton, who hides her dangerously abusive relationship while trying to do her job in pursuit of a killer; Homicide Detective Dennis Cramer, who is faced with the realization that a serial killer might be one of his neighbors in The Woods and must be stopped at all costs; Marvin and Elisa Bonet, the Herreras' next-door neighbors, who carry burdens of their own; Todd Foxworth, a spa owner whose girlfriend becomes a victim of the strangler; and Julian McKenzie, a local firefighter and dedicated member of The Woods Citizens Against Crime.

I throughly enjoyed this psychological thriller. Never saw the perpetrator coming. I got angry at times due to the nature of some of the situations as I can't fathom Domestic Violence, but it gives you insight to what women can accomplish when they stand up for themselves

Skip the book - see dentist instead.

R. Barri Flowers, what were you thinking - or not - choosing this narrator and predictable plot? Boring, boring, boring. Get with the program!