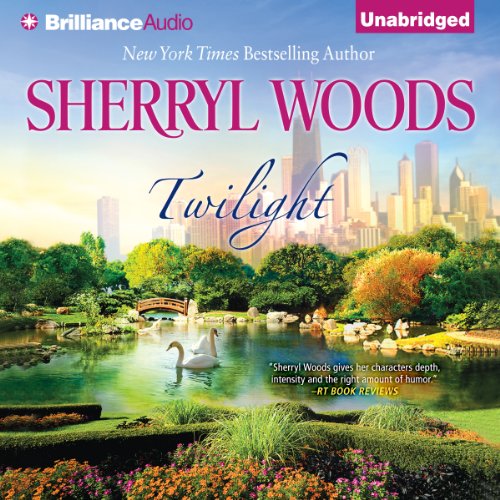 #1 New York Times best-selling author Sherryl Woods demonstrates that when faith and love are tested, they often wind up stronger than ever.

For former private investigator Dana Miller, there can be no peace of mind until she finds the person who killed her husband. Now a single mother to three boys, Dana wants closure. But it turns out she’ll need to form an alliance with the man she holds responsible for the death. And uncovering answers may mean bringing down the program her husband believed in.

Rick Sanchez has no intention of letting Dana destroy all the good he and Ken Miller worked for. As he and Dana try to learn the truth about what happened, he discovers that he and his old friend have something else in common - an undeniable attraction toward this intrepid, high-spirited woman who fights for the people she loves.

Great to Listen to

Where does Twilight rank among all the audiobooks you’ve listened to so far?

Have you listened to any of Tanya Eby’s other performances before? How does this one compare?

Yes and this is pretty much her standard.

This book held my interest and I wanted to listen to it straight through, but couldn't because of other obligations.

Sherryl does it again!

Another good mystery with a love story entwined. I hope she continues with the mystery writing, I am really enjoying them.

Spoiler - the heroine falls in love less then two months after her husband, whom she loved dearly, dies. I found the timeline uncomfortable. Other then that, a good enough romantic suspense, which religious belief touches.

Well worth the credit.

I enjoy Sherryl Woods' books and this one is no exception. The story and characters are engaging and believable with all the passion, action and human interest typical of the author.