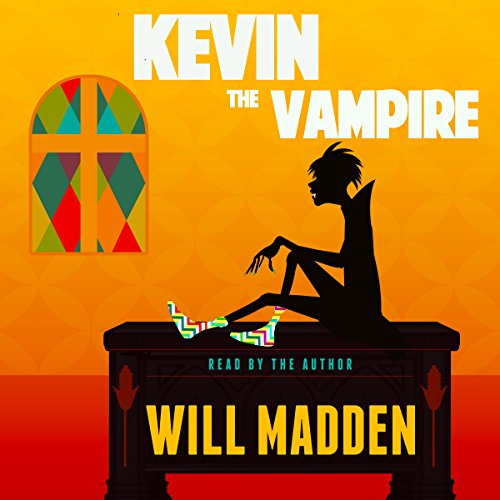 Back in the 1980s, Kevin hoisted a firebrand to bad-assery as a new vampire outside the punk rock clubs of New York City. These days, he's retreated to rural Ohio, where he lazes around an abandoned church, playing the organ and dreading the taste of the corn-fed locals. One night, a vampire hunter breaks into his sanctum bearing worrying news: another of Kevin's kind has concocted a plot to turn the whole world into a hell for living and undead alike. The hunter proposes an alliance to destroy this rogue vampire, but Kevin suspects his would-be ally has at least one secret he isn't telling.

What listeners say about Kevin the Vampire

Never been a better time not to be alive.

Gaius Severus has grown bored with the gaudy New York vampire life (243 people eaten) and retired quietly to a delightfully little bijou church in Nowhereville, rural Ohio, where the food is corn fed and only one store is open at night. Here he buys his new shades of nail polish to decorate his statuary, enjoys his interplay with the crucified Christ figure, plays pop tunes on the self repaired organ whilst revealing his hand knitted colourful socks. A pleasurable, indolent life and, giving up the Gaius lifestyle, has reverted to the simple name of Kevin. Until he reads in the local newspaper the an Edvard von Heusen, fearless vampire hunter, is in town - and he's knocking on the church door.

A short, sweet, often funny novella which looks at vampires somewhat differently. With only two main protagonists, characterisation is good and Kevin's nature is gleaned mostly from his inner dialogue in the earlier chapters, then his conversation later with his visitor.The whole is great fun, made even more enjoyable in being read to us by the author, Will Maddon, himself. He has both a deliciously quirky sense of humour as a writer and gives an excellent verbal performance.

The whole book is a delight.