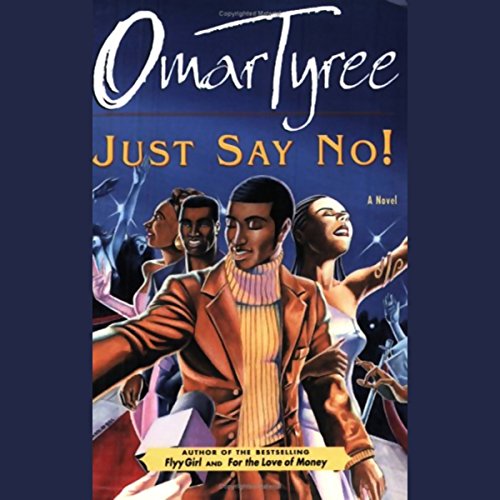 Darin Harmon and John Williams, two good church boys from Charlotte, North Carolina, have been best friends forever. Both use their God-given talents to breeze through high school, and both are awarded scholarships to North Carolina A&T State University: Darin for football, and John for music.

During their sophomore year, John, the introverted momma's boy, showcases his musical genius in a homecoming talent show that changes both their lives forever. John's romantic crooning earns him the nickname "Loverboy." As his R&B career begins, he asks Darin to tag along as his manager. Darin wants no part in the music scene, and has big dreams of his own, but when he suffers a season-ending football injury, he hops on the "Loverboy" bandwagon. The two set out to turn John into an R&B superstar. For Darin, dealing with John's rising fame proves a difficult challenge. The more the two adapt to the dangerous celebrity lifestyle of big-time money, fast women, and recreational drugs, the harder it gets to "just say no!"

Definitely one to listen to!

I loved reading the book and when I saw that it was an audio I just had to listen to it and I loved it even more. Omar Tyree dose and amazing job. looking forward to other publications on audio.

Omg, I cannot believe I suffered through hours of horrible singing just to hear the ending to this story. Sound effects are a nice surprise in audiobook recordings. Hearing the author reading his own wrords is also usually a treat. But this? This was torture! It was worse than American Idol tryouts. Singing homemade songs acapella was totally unecessary to get the full effect of the story. The dialogue was irritating since almost every sentence ended with "man," which the author explained as a "Southern thing," and some chapters/verses were missing. I usually like Omar Tyree's books, but I could have done without this one. If you're looking for a word of a advice about this selection, "Just Say No!"

This is one of my favorite books, imagine my surprise to find out that it's only the abridged version.

I read this book when it first came out and was excited that it was on Audible. It was like hearing it for the first time. I listen to it in one setting. Great storyline, it held my attention throughout, I jys hate Lover boy died in the end!

I have read many of Omar Tyrees books including the legendary ones, Flyy Girl, and For The Love of Money. I have enjoyed every single one of them. I’m definitely an urban fiction kinda girl.

Pros: Great overall story line
Good narration
For the people who enjoy those kinds of books where ‘everything works out’, this is one of them.

Cons: not enough drama and suspense
Wish there was a better singer doing the singing narration parts, but I get it’s just an audible book. Omar Tyree did his best lol. (Honestly this could have made the audio book 5 stars for me).

Overall, good read. I do recommend it.

Even though this book is a few years old it was still very entertaining!! Great!!!!

I feel in love with the many books that he wrote. flyy girl was the first one. and everyone after that. happy to hear just say no. even though I read it twice