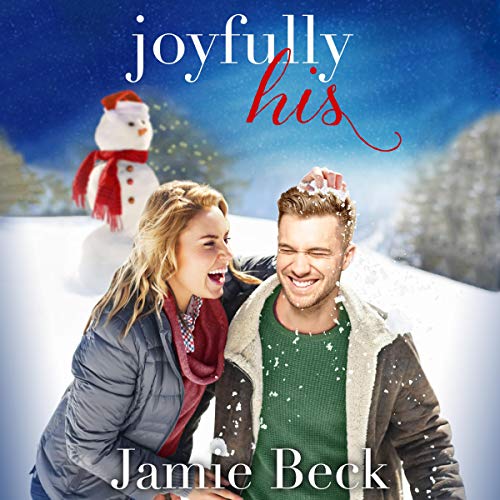 Jamie Beck welcomes listeners back to Sterling Canyon, Colorado, where a disgraced but charming ski instructor falls in love while trying to redeem himself.

Folks in Sterling Canyon know that small towns have long memories. Two years after the DUI that injured a pedestrian, Andy Randall is still making amends. He hopes the Christmas spirit will help him get rehired as a ski instructor, but that job will come with conditions. He can't afford another mistake, which is exactly what making a play for his former boss and friend, Nikki Steele, would be.

Nikki races down double black diamonds and hikes mountains better than most guys, unafraid of tumbling down the slopes. But trusting the guy who once shot her down could end in a fall that actually hurts, especially when she'd have to vouch for him with her boss. Still, the resort needs another instructor to handle the holiday tourists, and Andy's sexy grin and relaxed charisma make him hard to resist.

With both of their reputations now on the line, can Andy convince Nikki that the second chance he wants isn't only about the job?

What listeners say about Joyfully His

I read this because I had read the previous books in the series and therefore enjoyed hearing Andy's story and seeing him get his happy ending too.
I think maybe if I'd bought this story on it's own i may have been a little disappointed as it's only short. read the others first which are excellent first.

This relsion sh IP would great for Christmas .you have good friend ships .life has up downs

I didn't actually realise this was a short story (less than 4 hours compared to most of Jamie Beck's books that tend to be around 10 hours). I was rather disappointed with this offering from the Sterling Cannon series. It passed the time okay but not much actually happened and I didn't feel the spark between the characters as much as I normally do with Beck's books. I wish she had made the effort to write a full length story- this felt far too much like a filler book (and a bit of a disappointing use of a credit). Kate Rudd's narration is passable. She does fine with the females but all her male voices sound the same.


So, I just finished Duke of Desire yesterday, where the hero had a horrible scar across his face, and decided to read this. AND guess what? The heroine has a scar across her face! AND she was described as “plain” and the hero was beyond belief beautiful and in love with her. Seriously? As if that is ever going to happen. When are authors going to make both the heroine and hero plain or too plump or unattractive so the story makes more sense. (Not that I would read a book like that.)

Anyway, this was about Andy, who was arrested for drunk driving when he hit Grey, from the first book Accidently Hers. Andy managed to get his job back at the ski resort on a probationary period then some chick lied about him and he was fired, again. Nikki, who was almost his girlfriend didn’t really believe Andy when he defended himself so Andy dumped her… For a little while, anyway.

It was nice to see what happened to Andy but he deserved better than Nikki.

There was one sex scene but there was not a shred of attraction, want, lust, nothing whatsoever. Publishers tell authors that sex sells so 95% of them just throw a sex scene in and call it good. Personally, I’d rather have some kind of sexual tension throughout the book than to have one stupid sex scene.

The F-bomb was used 1 time.

As to the narrator: The best part of the entire was Kate Rudd’s narration. She does wonderful voices and great emotions.

Andy is still dealing with the aftereffects of drinking and driving two years later. He regrets the terrible decision he made but he is finding out that most people in his hometown only see him for that one night and not for who he was before or the person he has worked hard to become.

Nikki has been attracted to Andy for quite some time but when she tried to take their friendship further it was quickly rebuffed. He has approached her for a job at the ski school she manages, and she has convinced her boss to give him a chance, but the position has some caveats attached.

As they work together the chemistry between them ignites but will it be the fresh start he is looking for both personally and professionally or will his past be too much to overcome?

Both Andy and Nikki have their faults but with trust and love they can overcome everything. I thought that the narrator did a great job of bringing the story to life.

I loved Andy and Nikki's story; "Joyfully His, the final book of the Sterling Canyon Series." It touched not only my heart, but also the depths of my Soul. Although it's considered a novella, you couldn't tell by the abundance of EMOTION, DETERMINATION and the importance of TRUST and FORGIVENESS that was compiled within a limited amount of chapters.

With the fact you intertwined each book with all the main characters from them all, it made each one more real, more personal, to it's readers/listeners. It helped me to really appreciate the whole series. It also gave us an update on all our favorite characters.

Kate Rudd is an exceptional narrator that can be very proud of herself. The work that she has done each book in the series is nothing short of amazing and deserves every 5-⭐⭐⭐⭐⭐s that I have post in my reviews and as I will for this one too.

I definitely recommend this book and this series two others. I think it will be very ENJOYABLE and ENTERTAINING for the Romantic at HEART!!! ❤❤

Very good loved it!. Kept me interested through the entire book A must read for everyone.

I liked the series until this one. Didn't hold my interest like the others.

she is an excellent author. I haven't been disappointed in any of her books! they've got humor sorrow love and anything you would want in a series

I have really enjoyed this series but was disappointed that this story was so short. I felt cheated of a credit. Oh well!

Great end to the series

I am so happy that Andy found his happy ending! Love the narrator is one of my favorites. Another great read from Jamie Beck. AUDIBLE 20 REVIEW SWEEPSTAKES ENTRY

This was a really wonderful romance! Andy made a huge mistake the night he got a DUI and it changed his life. He needs a second chance at his dream job and Nikki is the only person that can really help him. Very sweet chemistry between these two and a good story! Narration was really well done and had distinguishable voices for various characters. Highly recommend!

As good as I was hoping