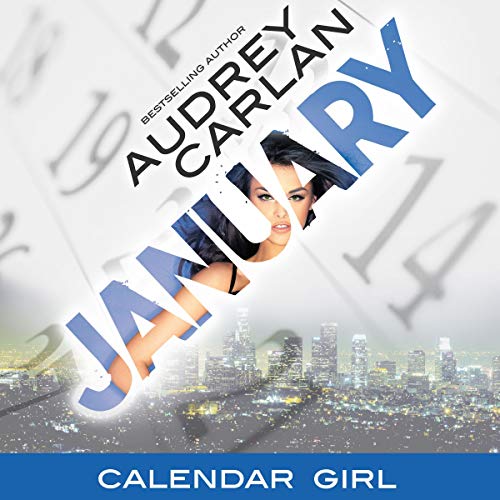 It's really simple. I needed money. A lot of money. One million dollars to be exact. The amount didn't matter. All that mattered was that in the end, that price tag held my father's life.

No money. No life.

The time limit was one year. On January 1st I had to pay up or my Father was going to be killed.

When you're faced with an ultimatum like this, you do whatever you have to do.

And that's exactly what I did.

The job...Exquisite Escorts. My role, serve as high-priced arm candy to anyone that can afford the $100,000 price tag for a month of my company. Sex is optional (for me) and a 20% increase on the price.

Mia Saunders just barely escaped a paltry life back home in Las Vegas until she gets the call that her Father has been beaten to within an inch of his life for not paying his gambling debt. Problem is, the loan shark is her lousy, ruthless ex-boyfriend. Another guy in a long line of men she'd fallen head over heels for. Not anymore. Mia's mission is simple. Serve as a high-priced escort for her Aunt's company and pay monthly against her Father's bad debt. A month with a rich man who she doesn't have to sleep with if she doesn't want to? Easy money. At least that's the way it was supposed to go.

Each installment in the Calendar Girl Serial will feature Mia, told from her perspective as she continues her journey as an escort to twelve clients in twelve different locations.

What listeners say about January

I have been interested in Audrey Carly and I like watching her videos that she poses on social media . I have been dying to get my hands on the series. So I was glad that that was a free copy I could listen to . The storyline is excellent and I am hoping that I can complete the series at some point.

A whole year of wonderful

Loved it and cannot wait for February. My heart broke 1000 times but k smiled loads too.

Narration, Summer Morton - Really Good! She has a great sounding voice and handles characters of both sexes quite well.

The story? Hmmm. I'm not sure. I liked it and didn't like it. We have the "been there, done that" girl who's down on love coupled with the concept of the gambling father who gets pummeled into a coma and now the daughter has to bail him out to protect him, herself and her sister. She becomes an escort, but in order to make enough money to pay off the loan shark, who happens to be an ex - (yeah...I know, solid guy) her aunt (the "madame") suggests that she take month long jobs. She'll get 100K for each job and it'll be easier to make that kind of money. So, she sets up a payment plan with the loan shark, and all will be good in a year. Sex is not required and the organization can not charge a client for sex, (cause that would be prostitution) but if she chooses to have sex with the guy - that's her choice - and he's supposed to leave an envelope with an additional 20 K that's all hers to keep.

So her first client Wes, is a screen writer who just needs a block to keep the chicks off him while he's networking at special events. Of course, she's delightful, he's a hunk-a-burnin' love and they fall into an easy and chemistry filled friendship (and into bed..with some rules, of course).

It's a really good audiobook and I loved listening to it, but honestly - it's a little depressing, because there's really no HEA. You get all invested in the couple and they get invested in each other and them BAM - she's off to Mr. February.

I have no idea, but I imagine all 12 of her guys are going to fall for her and she's going to leave each of them and I'm just ready to hear more about her and Wes. *sighs*

This is another expensive serial albeit each "episode" almost seems like a standalone.
I got this one in a sale, but would NOT use a credit on these - they're just too short and there are too many credit worthy books out there. Nearly 6 bucks a pop for the audio and 3 bucks each for the kindle so I may just be moving along on this one... or maybe I'll listen to just one more???

good story line but the plot could have been a little more developed.
the reader was a little fast paced but still understandable.
I would read it again.

I love this book and am looking forward to reading the whole series. I don't think it's better than Fifty Shades but it is its own story and so far it is enthralling, I know what books I'll be listening to by the pool this summer.

I liked it very much, looking forward to the others in the series, to short but good

Could re-read this author over and over. She has never left things out for imagination.

A good start to a series. The love felt a bit rushed and it ended on a cliffhanger, but I definitely want to see what happens next in book 2.

I really enjoyed this first story in this really good series. The narrator is particularly good, one of the best I've ever heard. Hot scenes and a story that sucks you in!

I really enjoyed this book and looking forward to see what adventures are ahead for Mia.

I must admit, I checked out the last 2 books in the series. I love the concept of the hole series. First book had me hookef from the first sentence. Mia and Wes are wonderful together.....cant wait to see what happens with the next jon. and to see if she uses that key 😉 wink...

Something a little different...

It was good, though I had moment where I questioned the writing. Who doesn't know which part of the limo to ride in? I mean, really, who thinks they're supposed to ride in the front passenger seat? The h is a little frustrating, but not horrible. It's an interesting premise and I'm looking forward to the next book