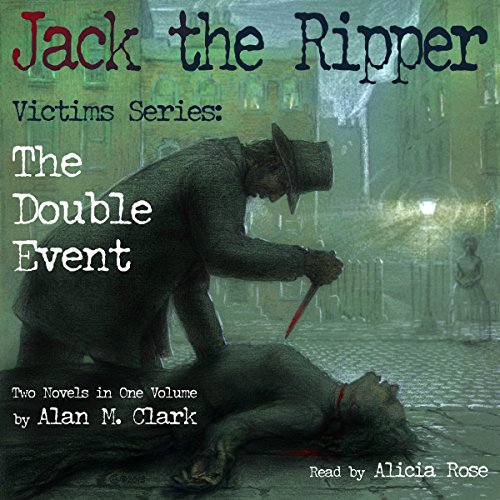 On the night of September 30, 1888, Jack the Ripper took two lives in the Whitechapel district of London. Elizabeth Stride was killed at about 1 a.m. A 10-minute walk away, and less than an hour later, Catherine Eddowes was killed. The next day, a letter known as the Saucy Jacky postcard was received at the Central News Agency. The message was meant to taunt the police and perhaps the entire city. The writer, who signed the postcard Jack the Ripper, referred to the killings of the night before as "the double event."

Since the murderer was never caught, fascination with the unsolved mystery has been widespread and enduring. But what of the women? Who were they? What was life like for them in London of that time period? What were their struggles, their hopes, their regrets? What of the decisions they made in life that might have delivered them into the bloody hands of the Ripper? The two novels within this volume, Say Anything But Your Prayers, about the life of Elizabeth Stride, and Of Thimble and Threat, about the life of Catherine Eddowes, give possible answers to these questions.

Say Anything But Your Prayers:

The beast of poverty and disease had stalked Elizabeth all her life, waiting for the right moment to take her down. To survive, she listened to the two extremes within herself - Bess, the innocent child of hope, and Liza, the cynical, hard-bitten opportunist. While Bess paints rosy pictures of what lies ahead and Liza warns of dangers everywhere, the beast, in the guise of a man offering something better, circles closer.

Of Thimble and Threat:

The story of the intense love between a mother and a child, a story of poverty and loss, fierce independence, and unconquerable will. It is the devastating portrayal of a self-perpetuated descent into Hell, a lucid view into the darkest parts of the human heart.

What listeners say about Jack the Ripper Victims Series: The Double Event

Hard to figure out who the characters are and jumps around a lot.thought it was too long.