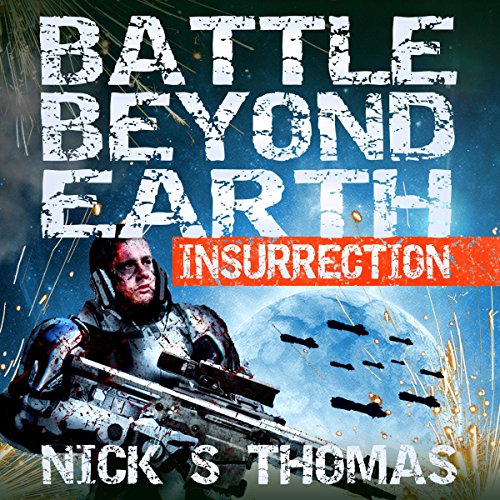 Battle Beyond Earth: Insurrection. The second installment in an epic new series that tells of humanity's desperate struggle to survive in an uncertain and war-torn future.

The Alliance of the Human, Krys, Aranui, and Cholan peoples lies in tatters after they turn on one another when a new threat emerges. The enemy is the Morohta, led by their fearsome queen, Bolormaa. A hard-fought battle buys the Alliance valuable time until the Morohta force the submission of the Cholan Empire. The Cholans then point their guns at the Alliance and demand their surrender.

Confronted by a fleet led by the most powerful ship in the universe, Colonel Taylor faces obliteration. He has just one hour to avoid catastrophe and take the fight to the enemy. Yet Taylor is not content to win a single battle. Still outnumbered and outgunned, he embarks on a quest to reunite the four races. There is still a chance to snatch victory from defeat when a rumor spreads of an ancient and powerful weapon that could turn the tide of the coming war. Taylor has no option but to gamble everything on a final, daring mission to force the Cholans to fulfil the obligations they swore to the Alliance.

What listeners say about Insurrection