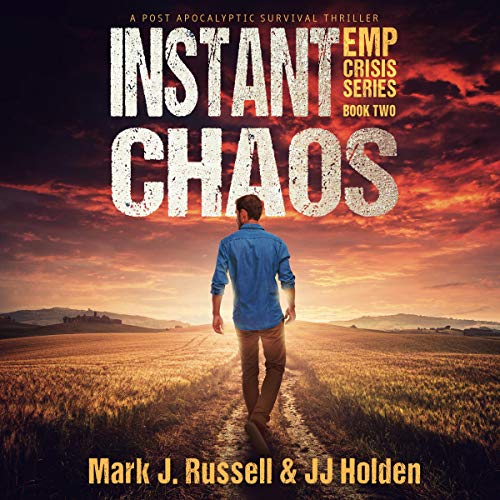 Chaos is about to erupt.

During the aftermath of a massive solar flare that has plunged the country into the Dark Ages, Abram and Nick must prepare the compound against the growing bandit threat. But will earlier decisions sink their chances of survival and put those they love at risk of being annihilated?

A brewing danger is closing in.

As if the bandit threat wasn’t bad enough, an erratic stranger is closing in on Abram’s compound. But something is lurking beneath the surface of this man, who sees the collapse of society as the greatest opportunity of his life. Will the stranger swoop in at Abram and Nick’s weakest moment and seize control of the compound, or will he play with his prey first?

A few choices away from destruction.

As they find their days numbered, Abram, Nick, and the rest of the community at the compound are faced with crucial decisions that could help them survive the chaos - or send them to their eventual demise. In this new world, choices matter more than ever and make the difference between life and death.

Will they make the right choices?

Instant Chaos is book 2 in the EMP Crisis Series, a post-apocalyptic survival thriller series about regular people struggling to survive after a solar EMP.

i loved the series. would definitely recommend this book. keeps you on the edge of your seat.

Just don’t start one of these books if you have an early morning shift. There’s no way to get any sleep once one is started.