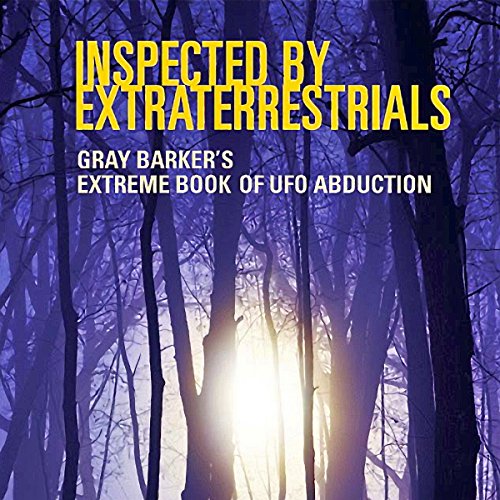 New Saucerian Press proudly presents Inspected by Extraterrestrials: Gray Barker’s Extreme Book of UFO Abduction - one of the last books written by the iconic ufologist, publisher, and best-selling author, Gray Barker, whose writing influenced the plotlines of shows like Star Trek, Futurama, The X-Files, Twin Peaks, The Outer Limits, The Jetsons, Lost in Space, and The Twilight Zone.

Shuttling between his Manhattan publishing office and his secluded cabin deep in the hills of his home state of West Virginia, the prolific Barker single-handedly kept public interest focused on UFOs during its leanest years, and introduced many themes still discussed and investigated by today’s paranormal and conspiracy researchers: the Roswell UFO crash, men in black, ancient aliens, Nazi UFOs, the Philadelphia Experiment, the Flatwoods Monster, Mothman, MJ-12, secret underground bases, little green men, and the Maury Island Incident.

Inspected by Extraterrestrials and its sister books Flying Saucer Fire and Fury, Serpents of Fire, Saucers of Fear, Saucers of Fire, Bigfoot Shootout, Forget About Flying Saucers, Visitors from the Void, and Time-Traveling Through Swamp Gas were assembled by Barker shortly before his death, using material culled from deteriorating copies of his notoriously speculative newsletters and gossipy syndicated column - for years the most widely read national column on UFOs, Forteana, and “weird science.”

What listeners say about Inspected by Extraterrestrials

The content of the book is good but the execution of the audiobook leaves one scratching ones head. For some strange reason, the bad takes and mistakes were never removed from the final version. Throughout the audiobook you continually hear the VO guy's mistakes followed by a clicker sound (for pickup sync location) and pickups (correction inserts) have a clear difference in sound to the original recording. It's almost as if no one bothered to complete a QC pass over the recording before publishing.