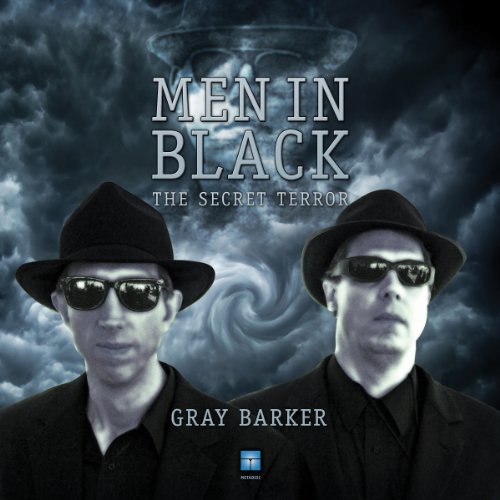 By: Gray Barker
Narrated by: Michael Hacker
Try for £0.00

Men in Black: The Secret Terror Among Us was the last major work by West Virginia author Gray Barker, a legendary figure in the history of ufology. In many respects, this is the sequel to his earlier bestsellers They Knew Too Much About Flying Saucers (a chronicle of the harassment faced by early UFO researchers) and The Silver Bridge (Barker's on-the-scene investigation of the Mothman events of the 1960s). Since Barker died a year after the release of MIB: Secret Terror, it was not widely distributed. As such, it became enormously rare and expensive. Now, for the first time, it is being made available to the general public.

What listeners say about Men in Black

More than the Original Book which is Good and Bad

Often these books are better read than listened to. This is one as there are references to photos that do nothing for a reader.
Also, I was not prepared for more than one story to be involved, but the main story is supplemented by introductory stories and post scripts by various authors and it gets confusing. If I read it again it would help to clarify the flow but won't bother. The subject story is good and the add-ons do expand and enhance the story and mystery. Unfortunately, as a newcomer to this genre, some of the references are confusing. I sense that may be the point in providing an intrigue to the subject.
In summary, it was entertaining at parts and, although the nature of the subject cannot provide answers, it really leaves you more confused than you were at the start by exposing layers of intrigue and many directions of inquiry. It was entertaining, but where to go next ???

very hard to follow. seems like a bunch of urban myths strung together to make a book. not well written. repeats itself allot. the quality of audio is not the best. the edit of it was not well done either.

Gray Barker takes on many of the same themes as Fortean investigator John Keel, but with his own spin--sometimes more grounded, but other times just as bizarre and improbable. More than just M. I. B. this book takes on an array of related phenomenon including psychic events, numerology, and government conspiracies. Colvin's updated content adds some context and value. As usual, Michael Hacker is the perfect narrator for this strange and wild ride in spite of several, uncharacteristic, stumbles.

Waste of time and money. You really have to watch out what authors you buy from, at least within this ufo community. I'm looking for facts, not a circle jerk of a story.

What would have made Men in Black better?

If you’ve listened to books by Gray Barker before, how does this one compare?

I wasn't able to continue listening to the book because of the narrator. Intonations and inflections where there shouldn't be any, too 'flowery' and 'frilly' and not suitable for this material. It may have worked for a children's book, but was insulting to listen to here. Just awful.