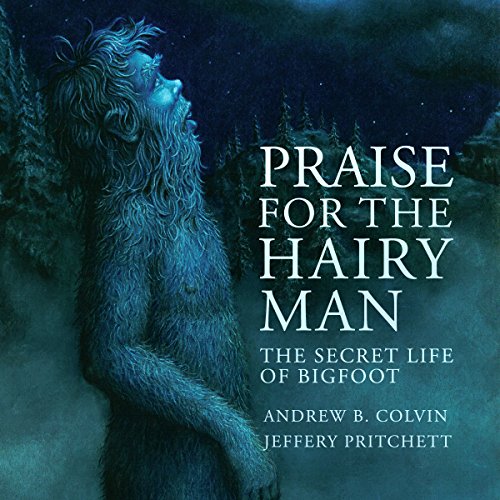 Praise for the Hairy Man: The Secret Life of Bigfoot

By: Jeffery Pritchett,Andrew Colvin
Narrated by: Brian Ackley
Try for £0.00

In 2012, popular radio personalities Jeffery Pritchett and Andy Colvin invited a number of prominent Bigfoot researchers onto their wild and woolly show, The Church of Mabus, in order to get a handle on the controversial Bigfoot scene. Praise for the Hairy Man: The Secret Life of Bigfoot (named one of the Top 10 Cryptozoology Books of 2013) is the result of this intensive yearlong examination.

But this audiobook is more than just an overview. Pritchett and Colvin also deliver extended, free-form interviews with groundbreaking investigators such as Ken Gerhard, Stan Gordon, Dave Coleman, Thom Powell, Kathy Strain, Ardy Sixkiller Clarke, Thomas Hughes, and Jim Marrs, taking the listener into uncharted realms of Sasquatch high-strangeness: the Bigfoot-UFO connection; the possible role of ancient aliens in the genetic history of the Yeti; the sex habits of Sasquatch; reports of Bigfoot telepathy, shapeshifting, and flight; the "pro-kill vs. no-kill" debate; the widespread Native American belief in Sasquatch; and the controversies surrounding Bigfoot DNA - whether or not the Hairy Man should be recognized as an endangered species.

What listeners say about Praise for the Hairy Man: The Secret Life of Bigfoot

This is THE WORST book I have EVER listened to. Don't bother buying it. It's a joke...

Worst reader I have ever heard! But information is excellent!, if a bit contradictory. Read the book rather than listening.