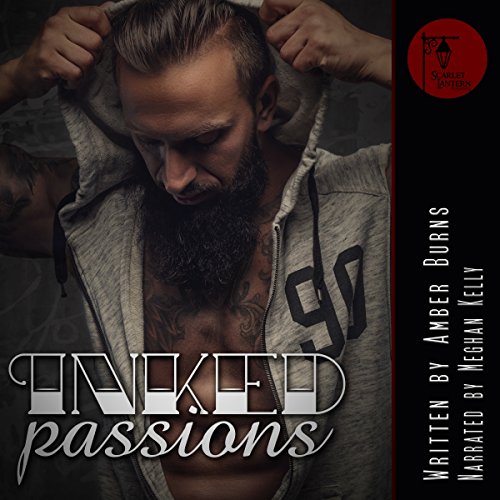 Biker and tattoo artist Cade Winters isn't much for weddings or other sappy celebrations. He prefers dive bars, his beloved bike, and fighting at underground clubs; the last of which lands him in the hospital after a sore loser attacks Cade in an alley. However, when his best friend Tommy asked Cade to be his best man, Cade didn't hesitate. Growing up without a family to call his own, Cade would do anything, even attend a wedding, for those he now considers his family. Uncharacteristically dressed up, his tattoos barely covered and shaggy beard neatly groomed, Cade meets Cindy; the maid of honor at Tommy's wedding.

Cindy is the opposite of anything Cade has ever looked for in a woman, yet he finds himself falling helplessly in love with her. Determined to make Cindy his, Cade must not only win her over but also her controlling and disapproving parents, who will stop at nothing to convince their daughter that a shaggy tattoo artist is not the one for her.

I loved the overall message in this one that sometimes people are not what we expect. Cindy from the wealthy family Cade a tattooist I just loved it. Fantastic job by the narrator to really push it to the next level

I felt like this story jumped back and forth without much flow. I struggled to finish the read because of the back and forth, it frustrated me.I really had to push myself.

Cade is the owner of a tattoo shop with a painful past who is more comfortable at underground fights than in high society which is how ends up in ER when he is assaulted after his last fight and ends up in ER. Cindy comes from a wealthy family and even though she has a successful career as a nurse her parents are disappointed that she isn’t a doctor and happens to be his nurse the night he was brought in.

The next time they meet is at their best friend’s wedding and there is no denying the chemistry and connection between them, but will they be able to overcome their very different lifestyles and the challenges that go along with it? I received a complimentary copy of the audiobook and thought the narrator did a great job of bringing the story to life.

Don’t judge a book by its cover

I enjoyed this book. This story is about getting people to over look stereotypes and get to know the real person. (Don’t judge a book by its cover lesson) There are a lot of emotions during this book. Narration was good, I would recommend listening to this book.

Not What I Was Expecting!!

This was not what I was expecting at all. When I realized that this was a 4 hours, I was slightly confused as it was an in between stage. I am used to either really long or short and this was in the middle. I did however, really enjoy it, I looked forward to my commute to and from work for the opportunity of listening. If you enjoy an easy sexy listen, then give this a go.

Only reason for slightly less than full house of 5 stars was I found the plot use of coincidence to move things forward occasionally stood out, they are always there in most stories of course but I think there were just a few too many coincidences so they were noticeable - but its a minor niggle, it is a great story and I am looking forward to the rest coming soon I hope.
It was certainly a very good story that kept me listening. BUT There is lot of pretty graphic description in there, which I don't usually mind and would not usually comment on as such. Occasionally seemed a little bit unnecessary. However the world and character creation were very good despite this.Kept me entertained and was well Narrated - the journey was good, easy listen no difficult concepts to comprehend.Just a delicious bad boy romance .The bad boy in question totally edible,yummy.It has a lure that will make the readers devour every word, delighting in a gorgeously written story about freedom, destiny, betrayal and love.I enjoyed and will be looking out for more from both Author and narrator!Meghan Kelly held me in a trance with her voice and helped create the world we lived in for 4hrs and 44 mins .She impacted my life by giving life to this storyI was voluntarily provided this free review copy audiobook by the author, narrator, or publisher.I received this title for free in exchange for an unbiased review.As always this is my honest opinion .

Sadly not for me

I was gifted this book via audiobook blast in exchange for an honest review ,
Sadly I did not finish .... the narration was varid fir different characters but I found the writing over descriptive if that makes any sense places and events being explained in what seemed like minute detail which became tedious . I am sorry , but gave up listening

Meh, this story was OK. it seemed a little rushed to me. the story line was ok, but some of it seemed a little impractical. Example somebody goes missing and no body is found, but The cops want an alibi for the night before from someone. it just didn't make sense to me. Also I wish it went into more detail about things. But the sex scenes were good :)

the Narrator did a good job. there were a few characters I thought sounded kind funny. But they will not main characters. The other character she did well.


I truly enjoyed listening to this book, Amber Burns and Meghan Kelly did a great job keeping my focus throughout the entire story.

What made the experience of listening to Inked Passions the most enjoyable?

I cannot think of anything.This is my first book from Amber Burns and I am very impressed by her work.

Everything! If you browse through my 900+ reviews, you will find performances by Meghan Kelly sprinkled throughout.She has a talent that makes any topic come to life.

I received this book in exchange for my review; good, bad or meh. I have written all three kinds and I hope that you will explore my reviews which are in almost every genre – many at of which are in contemporary romance and spec ops genres. Please consider following me on audible.

As a potential reader/listener I hope that you have found my review helpful. If so, would you take a moment to select "yes" directly below? Thank you.

This is the first book by Amber Burns that I have listened to. I thought that Meghan Kelly added so much to this book. One could feel the emotions in this book. There was heartbreaking moments, soaring hope and happiness, and some humor added in. I was really impressed with this book and its rollercoaster story. I was voluntarily provided with this review copy audiobook at no charge by the author, narrator, and or publisher.

3.5 —TOO MUCH STUFFED INTO A TOO SHORT BOOK

DON'T GET ME WRONG... I did like the book. But seriously, there were two different stories: The stabbed fighter with a revenge kidnapping, and two mutual friends experiencing a disaster that ties Cade and Cindy together. So much potential is lost when all those elements are written into a listen under 5 hours.

Meghan has a downward tone that ends all her sentences. It's OK when narrating female voices but it makes the male characters sound ... um, haughty? maybe? I'd like to see her pair up with a male narrator.

Thumbs Up for imaginative, if not overstuffed, storyline.

The strength of both me and female leads was refreshing. No second guessing or insecurities regarding their relationship status or partners feelings. I especially appreciate the commitment Kade feels towards Cindy and doesn't let anything deter him.

This was a fast paced romance with a few twists and turns but all resolve quickly.

Both author and narrator did a great job. There were a few production issues with double voices or long pauses but otherwise good.

I received a free audible code through a Facebook group giveaway and am providing my honest review voluntarily.

I like quick reads and all but this was just too paced and the plot was Ridiculous. The ending is abrupt and left me wanting.

Appearances aren't all they seem to be romance

Get ready for your tatted bad boy fix. Cade is tatted, runs a tattoo shop and rides a motorcycle. He participates in underground fighting and he is closed off emotionally. But he isn't all he seems. Under all that is a caring man who didn't have the best life growing up. He loves hard but he doesn't give his heart away to just anyone. He meets Cindy at their best friends wedding and sparks fly. Turns out she is the nurse that helped him after he ended up in the ER after being attacked. Their instant connection is so powerful. They are on their way to falling in love but her family doesn't approve. Just when Cindy thinks she will stand up to them their fears may come true as she is in danger for choices Cade has made. Now he is the only one that can save her and try to disprove everyone's judgement. That's all the detail I am giving. I don't want to give too much away. I loved this bad boy romance. Cade totally has my heart. I loved how fiercely he loved and protected Cindy. Can I just say how much I don't like her family?! I wanted to tell them off myself. This story had me totally invested and I loved every minute of it.

I asked to receive this Audible book and voluntarily wrote this unbiased review. This story contains action, kidnapping, finding love when least expected, heartbreak, unexpected changes in life, and finding a family that isn't blood related. This book will have you on a rollercoaster of emotions. Meghan Kelly does an outstanding job of portraying the emotions of these characters. I enjoyed listening to this Audible book.

I liked the narrator, but something was off in the story. I would have liked to hear from Spencer’s point of view during the kidnapping. Cade and Annabelle were very like able characters. Why did Tommy and Heather both have to die???