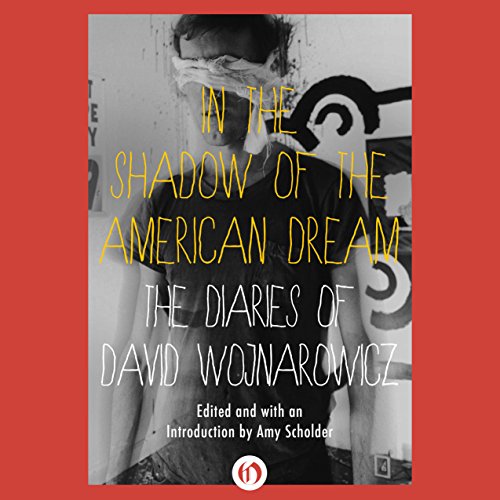 In the Shadow of the American Dream

From life in the streets and love in the alleys to fame in the spotlight and an untimely death - raw, biting, and brilliant selections from the personal journals of one of the most uniquely creative artists of the late 20th century

When his life ended at age 37 - a casualty of the AIDS epidemic that took so many before their time - David Wojnarowicz had long since established himself as one of America's most vital artists and activists. In the Shadow of the American Dream is a stunning collection of riveting and revealing chapters from Wojnarowicz's extensive personal diaries - 30 volumes' worth of memories and lucid observations, some bitter, some sweet - that the author began writing when he was 17 and continued until his death two decades later. Here is a brilliant chronicle of an artist's emergence - a young man's still achingly fresh memories of his unhappy adolescence and his glorious discovery of self.

Wojnarowicz recalls his life on Manhattan's Lower East Side with no shame or regret, and shares his hitchhiking journeys across the country. He talks of art and love and sex - embracing who he is fully and accepting his heartbreaking fate without pathos - while providing fascinating glimpses into the vibrant and colorful New York art scene and poignant views of life and death among the AIDS community.

At once frightening and courageous, joyous and disturbing, enlightening and honest, In the Shadow of the American Dream is a treasured addition to the enduring literary legacy of David Wojnarowicz and a true testament to his unique brilliance.

What listeners say about In the Shadow of the American Dream