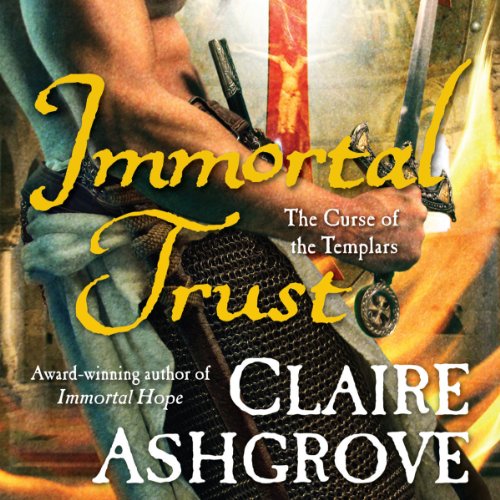 By: Claire Ashgrove
Narrated by: Dina Pearlman
Try for £0.00

When archaeologist Chloe Broussard accepts the contract to lead a dig in Ornes, France, she has no idea she will uncover the Veil of Veronica. When she does, she discovers a danger far greater than the demonic presence stalking her at night. Azazel wants her, as well as the Veronica, and his chosen minion is her brother. Her hope lies with immortal Templar Knight Lucan. Her life depends on oaths she knows nothing about.

For countless centuries, Lucan of Seacourt has lived with the knowledge that his brother killed their family. Now, as Azazel’s darkness eats away at his soul, old betrayal stirs suspicion. He trusts no one. Not even the seraph who can heal his dying spirit.

With the fate of the Almighty hanging in the balance, Lucan must find faith in something more terrifying than the dark lord’s creations. He must learn to believe his heart.

What listeners say about Immortal Trust