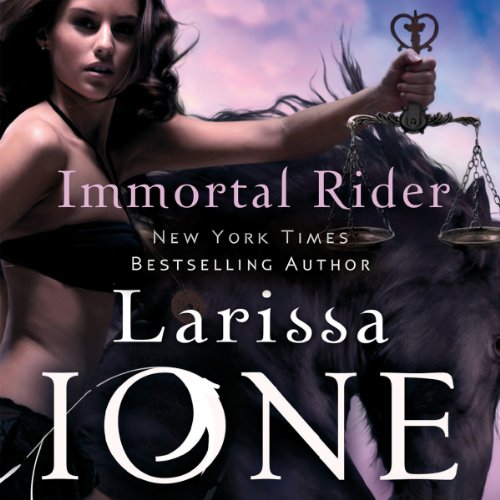 By: Larissa Ione
Narrated by: Hillary Huber
Try for £0.00

The prophecies were there but no one listened. Until now. They are the Lords of Deliverance and they have the power to usher in Doomsday...or prevent it.

Sexy, powerful and immortal, Limos is on a crash course with destiny. She's been marked as Satan's bride and her jealous fiancé wants her all to himself. The only way this Horseman can keep herself - and everyone else - safe is to keep her distance. But not even Limos can save herself from the secrets she's kept...or resist the seductive allure of one very brave human.

Arik Wagner knows the saying 'love hurts' better than most, yet he never thought stealing a kiss from Limos would land him in Hell. Literally. It takes all his military training to survive the demon torture, but once he's topside, Arik realises that the agony has just begun.

With the Apocalypse looming and Satan demanding his bride, will Arik and Limos surrender to the desire smouldering between them? Or will giving in to their passion unleash hell on earth?

What listeners say about Immortal Rider