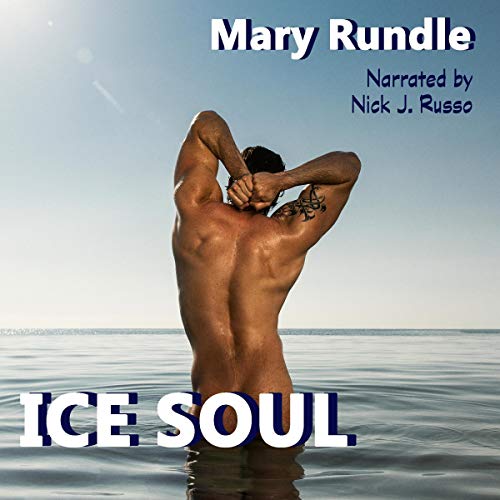 This is part of an ongoing series by Amazon best-selling author Mary Rundle, and catching up on previous titles is advised. Listeners of the past books will enjoy meeting old friends once more as the pack does what it does best - caring for one another and helping shifters everywhere.

Kieran was sold into slavery where he was forced to care for other prisoners held by a shifter trafficking ring. But that changed when a Blackwood brother freed him and the others. Now for the first time in his life, the world beckons, and he can plan his future. That is, until he discovers why the Fates brought him to the Blackwood Pack.

Logan, one of the brothers, has become a virtual recluse, spending hours at his design table, unable to shake the horrible memories of his family's massacre and an unhappy childhood under the fist of his father, a dictatorial and abusive Alpha.

When Kieran appears, Logan is smitten with this pink-loving twink who tries to use his sassy and irrepressible wit to win his heart. After Logan claims Kieran, he finds keeping him is not easy. When both realize Logan can't give himself completely to his Fated Mate, Kieran takes off but tells no one where.

A frantic search, rejection, dark secrets revealed, ghosts exorcised - these are just some of the obstacles Kieran and Logan must overcome as they embark on a mission of discovery that will make their love for each other stronger. Only then will these two unique wolves fulfill their destinies decreed by the Fates and gods and prove worthy of the powerful gifts bestowed on them.

What listeners say about Ice Soul


OMG! As if I didn’t think Mary Rundle could out do herself, she writes Ice Soul!🥰

Stunning world building, great storyline with all characters inclusive, not just the MC’s.

Hopefully, as the lockdown is finally easing, it won’t take as long to get the next audiobook out there, as the books themselves are already released.

Highly recommended this series if you love MM shifter with mpreg.

Each book I think my heart can't break anymore. then I get to know Logan. Kiernan is so over the top, just this side of going to far! The Blackwood Pack is growing and I can't wait to start the next one

Before I begin, I want to thank the author and Queer Romance Ink for the ARC of this audiobook.

This Audiobook Shifter Series by Mary Rundle is narrated by the extraordinarily talented Nick Russo and the recipe of story and storyteller are like a decadent dessert for your eardrums… IF your eardrums had taste buds. But we’ll leave that sort of storyline for the sci-fi authors. *wink *wink.

“Ice Soul,” is book four in the Blackwood Pack Series and picks up a few weeks after book three. In this book, one of the brothers realizes he has a mate from one of those in the group that was rescued in book three. He both loves and fears this because of past trauma that could end his potential relationship before it even has a chance to start.

I absolutely love Logan in this story. Everyone knows him as the “brooding old man,” even though he is the twin to the pack’s Alpha. Logan loves his family but has trouble expressing himself, and keeps his heart closed from everyone because of the abuse he suffered that even his siblings know nothing about. Keeping these secrets for so long has taken a toll on Logan and it is going to take someone with a very strong SPIRIT to melt the ice from his soul. Enter, Kieran…

This story takes you on a whirlwind adventure and is more than just a wolf shifter romance. The Emerald Isle, Loch Ness, Golden Dragons, mages, and the promise of more matings on the horizon for the Blackwood Pack make this my favorite book YET!

If you enjoy Gay Romance, Shifter Romance, Romance that includes Heart, Heat, & Hearth, and Romance Series that is a continuing saga, you should give the Blackwood Series a try. I highly recommend the audiobooks! 💜

Such a great book. I love the narrator as well as the author can't wait for the next book to come on audio

Kieran made me almost lose it !

Loved all these story but Kieran was so over done as the loudest most annoying talking bossy sissy boy in pink it almost ruined it for me
.

Another great addition to the series!

I often wonder what meaning a book’s title has. Where the term “Ice Soul” comes from is revealed about half way through the book and it is very fitting indeed.

Because the blurb is so detailed, I really recommend you read it. The story was captivating and really held my attention. Kieran and Logan are really great together and the secrets revealed about each of them just about broke my heart.

Kieran has a really great outlook on life and he was so exuberant in places I couldn’t help but love him. Kieran’s favorite color is pink and I loved his description of the sunrise and how he’ll never take one for granted again.

Nick J. Russo does another excellent job with this audiobook. His voices for each of the many characters are distinctive and easy to understand. We get to hear Nick sing a bit in this book!

I’ve got the next audiobook in this series, Shadow Voice, queued up and ready to listen to and I’m really looking forward to it. If you can’t wait for the next one to come out as an audiobook, books 1-10 are available to read now in Kindle Unlimited.

A copy of this audiobook was provided to me but my review was voluntary and not influenced by the author.

Loved all of series so far.

Loved all of this series so far. Wondering when more will be available. Nick Russo has done a fantastic job bringing the characters to life. Could read the rest, but won't be the same.

Good story but, definitely not my favorite in the series.
it's nice to see each of the brother's find their fated mates.
the Saga continues and is very entertaining and interesting to listen to.
I enjoy finding out what each brother has received for their hidden power.
the Always entertaining Nick J. Russo did an excellent job narrating and bringing the character's not only to life but, each have their own personality. Love the voices Nick can do.
Well worth the credit and your time to listen.

I loved reading these books. but, the narration just brings it more to life. I love these characters. Mary has created a world where anything can happen.