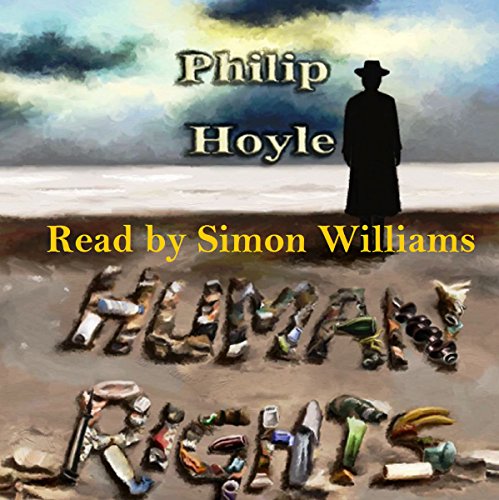 Ed Bush lives with his family in the coastal settlement of Chelmsford in South Britain, one of the United States of Europe. Their way of life is dictated entirely by the government known as Europarl. Every year at a four day celebration of human rights the people coming of age are assigned to their posts within the country.

Ed doesn't think there is anything he can do about it until he meets an old man on the beach who lives outside the system, unknown to Europarl. Ed is recruited to join a rebel group and plans are made for him to leave with the old man, when he is distracted by the arrival of his new stepsister, Suzie.

Will Ed leave with the rebels or stay with his family and accept his fate?

What listeners say about Human Rights

Not a bad effort on the part of the production. The story reminded me of The Tripods series in the 1980s, only there are no Tripods in this story, but the storyline is similar.
The narrator performs the story well and does what he can with the material he's been given. There are too many long segments of description which, in some instances, I think the narrator struggled to fight off boredom. However, this doesn't spoil the story and, if you stick with it, you'll find that this production isn't too bad.

I really enjoyed listening to this book. It is well written and the characters are very real. I was surprised at the ending as it left you hanging and I don’t see a second book to continue the story which is bad for me because I really loved this book and want to find out what happens.

I was given a copy of this audiobook in return for my honest review.

This book is about Jack and how the life his parents and older sisters new totally change the world was devastated. All that was left was a Doctor Who became their guardian his two sisters and him and how he grew up to only know that one world. What would you do if you could totally thought the world over do you think it would be better, worse or the same? Jackie can’t make it better he has no memory of how it was before. In this book you will read and learn about the world Jack and the other survivors he would eventually run into made. I loved it it was a cute book what a great idea for a Siri’s. Some of the rules are strange, but overall it is all totally entertaining. The narrator did a wonderful job his voice is so easy to listen to and his accents are flawless imperfect. I loved it. If you like alternate world or what if situations you should get this book. I can’t express enough how much I love this book. I thought I would like it didn’t know I would love it!