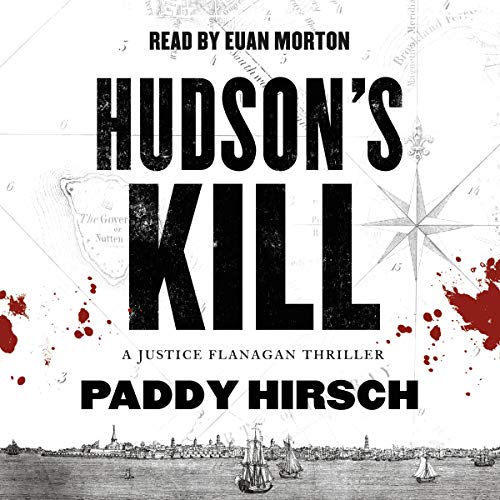 Set in 1803 New York, Hudson's Kill is the riveting next historical thriller from NPR reporter and producer Paddy Hirsch, perfect for fans of The Alienist and Gangs of New York.

New York in 1803 is rife with tension as the city expands, and whoever knows where the city will build can control it. And violence builds as a mysterious provocateur pits the city’s black and Irish gangs against each other.

When a young black girl is found stabbed to death, both Justy Flanagan, now a city marshal, and Kerry O’Toole, now a school teacher, decide separately to go after the killer. They each find their way to a shadowy community on the fringes of the growing city, where they uncover a craven political conspiracy bound up with a criminal enterprise that is stunning in its depravity.

Justy and Kerry have to fight to save themselves and the city, and only then can they bring the girl’s killer to justice.

What listeners say about Hudson's Kill

Really enjoyed the story and to top it off with such a good reader I really recommend this book.

As I thoroughly enjoyed Mr. Hirsch’s first novel, The Devil’s Half Mile, I was looking forward to his follow-up effort. He does not disappoint with Hudson’s Kill. Keep ‘em coming!