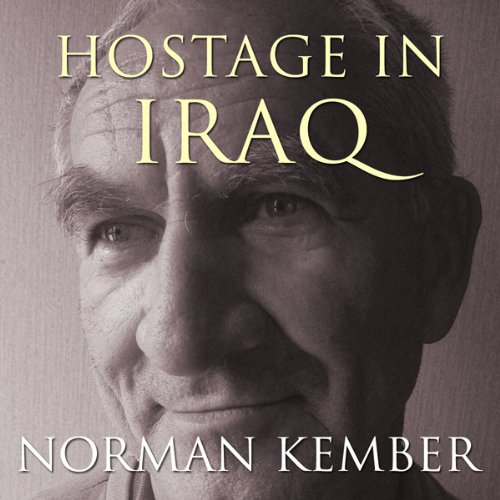 A year after his dramatic release by a multinational military raid, Norman Kember revealed his story behind the controversy of his captivity in Baghdad. Written with honesty and emotion, Norman Kember describes in detail his four month ordeal, during which he was imprisoned in a small room and chained to the two Canadian peace activists, James Loney and Harmeet Singh Sooden, and the American Tom Fox, who was later killed by his captors. Kember experiences fear, loneliness, boredom, and at one point, contemplated suicide. Yet his wry sense of humour never quite deserts him. The book will include previously unseen notes made by Norman Kember, who kept a journal during his captivity and invented games with his fellow captives. Moving, gripping, and surprising, 'Hostage in Iraq' is a testament to the enduring power of the human spirit.

What listeners say about Hostage in Iraq