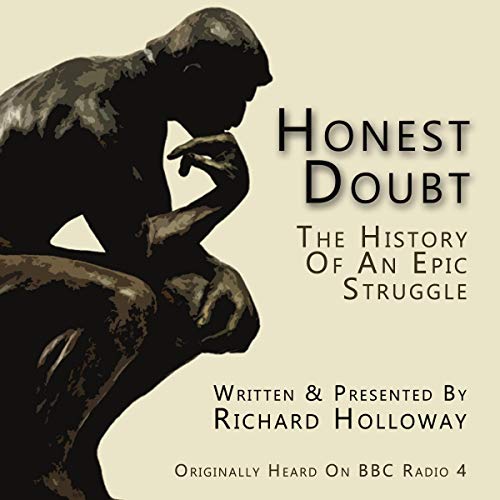 Originally broadcast on BBC Radio 4 in May/June 2012. In Honest Doubt: The History Of An Epic Struggle, Richard Holloway considers some of the universal questions about our existence and the meaning of life, and how some of humanity's best thinkers and most creative writers have approached these 'literally life and death questions'.

In exploring the relationship between faith and doubt over the last 3,000 years, he looks at its impact from the birth of religious thinking, through the Old and New Testaments, the Middle Ages, the Reformation, the Enlightenment, the Victorian period, the horrors of World War II, right up to today. First broadcast on BBC Radio 4 as a series of 20 15-minute episodes between 28 May and 22 June 2012, rebroadcast as four one-hour omnibus editions on Friday evenings throughout June 2012.

The series was written and presented by author and former Bishop of Edinburgh Richard Holloway, and produced by Olivia Landsberg at Ladbroke Productions.

N.B. Some music & extracts have been edited from the original broadcast version due to copyright restrictions.

I keep going back to this book .and every time i listen l hear something new about where we're heading .its honest has the title says .but has no answers ! But there his a comfort in what u hear .its ok to be confused your not alone never have been never will be .theres comfort in the chaos .has long has you don't take life serious . Keep stacking up the questions it expands the universe . And great people appear .

A timely reminder that doubt is a good thing

I would recommend this to all who are afflicted by doubt. It is all to easy to treat doubt as a sign of moral weakness or the result of insufficient effort. Doubters are often treated as subversive or self serving. This short collection is an excellent summary of the history and importance of doubt.

The concept of the book is good, but I felt it lacked something and - for me at least - was a little repetitive. That may be because I've read or listened to some similar material of late, so I could be a little unfair in my judgement, but the pace and the depth to which the subject was explored wasn't enough for me.