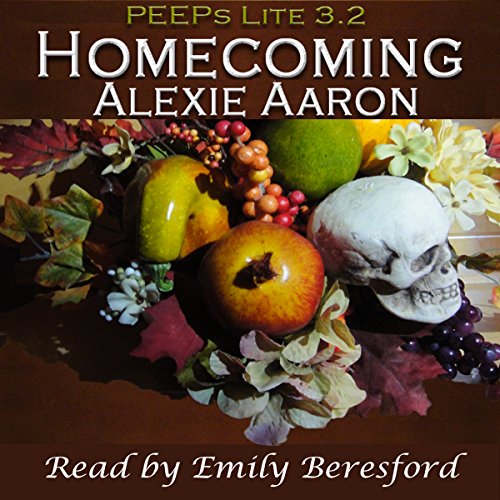 Mike, the face of Paranormal Entity Exposure Partners (PEEPs) has led with his Hollywood jaw, projecting his good looks, while hiding a very important secret from his colleagues. He's been haunted since he was a child. This may have been the impetus behind him co-founding PEEPs, but it has also kept him from enjoying a good night's sleep.

After accepting a job offer to go through Mike's mother's estate, Mia discovers that Mike's personal haunt has ties to the ghost town that is Lund, Illinois. Can Mia, Murphy and the PEEPs team uncover the hidden secrets of a town long dead in time to save the life of one of their own?

Great performance of a good stories

I love this series and was thrilled to find this and a few others had been made into audio books just wish there were more.

I own all the books in this series and have read them all. Now I am working my way through all of the ones on audio book as well. Actually REworking my way through.
The audio book adds a little extra and just makes something amazing....phenomenal! First, the author is beyond fantastic and the narrator comes in and adds the voices and extra personality on top of what I already consider perfection, well....you just can't get any better!
I recommend this series to anyone and everyone. Alexie is my foremost favorite author and with good reason....see for yourself. You won't be disappointed.