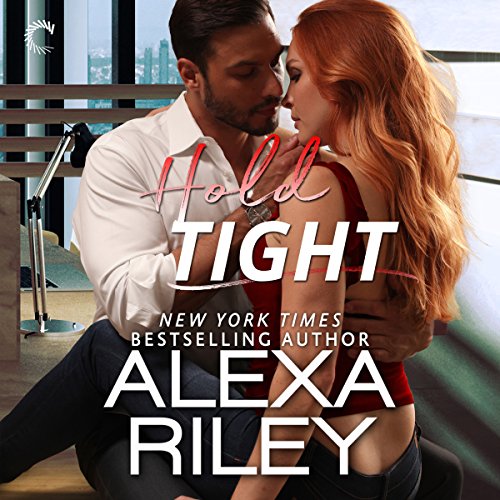 By: Alexa Riley
Narrated by: Savannah Peachwood,Tristan James
Try for £0.00

New York Times and number one best-selling author Alexa Riley returns with Hold Tight, the next novella in the For You series

A hotshot consultant hired to streamline Osbourne Corp. meets his match in Pandora Justice - the more she plays hard to get, the more he wants her.

They say that like recognizes like, and the day I looked into her deep blues, I met my other half.

Pandora Justice took over as head of security at Osbourne Corp. after her father's retirement. Eighty-hour workweeks are normal; being brushed up against by hot consultants with ridiculous names is not. And she doesn't like it. Not even one bit.

It's amazing how easily she can lie to herself.

I had to have her. Plain and simple.

The first time Pandora sees Royce in the ring - all tattoos and sinew, covered in sweat - he looks at her like he's just won more than the fight. Like he won her.

I won't play games with her. I'll wait, and it will kill me, but I'll do it for her.

Royce's cocky grin with deep dimples makes Pandora melt. Once she wanted to smack that look off his face - now all she wants to do is kiss it. For the rest of her life.

The thought of spending the rest of my life with Pandora warms the place in my chest I didn't think was alive. I've put my claim on her - she's the one, and I'm done. It's that simple.

This title is part of the Carina Press Romance Promise: all the romance you're looking for with an HEA/HFN. It's a promise!

What listeners say about Hold Tight

I cant get enough of the characters. The emotion that you can feel through each page. Love that makes your heart want to...re-read...over & over.

I Always Read whatever Alexa Riley writes but Listening to Hold Tight was amazing. I Could not stop listening to it.

love her books and the audio books

she has sweet stories with a little spice(ok a lot of spice) and zero unnecessary stupid drama.(like cheating) and so far the voice actors have done very well. still I'm very glad I have earphones and people dont know why I look embarrassed.(its yhe spices I tell you)