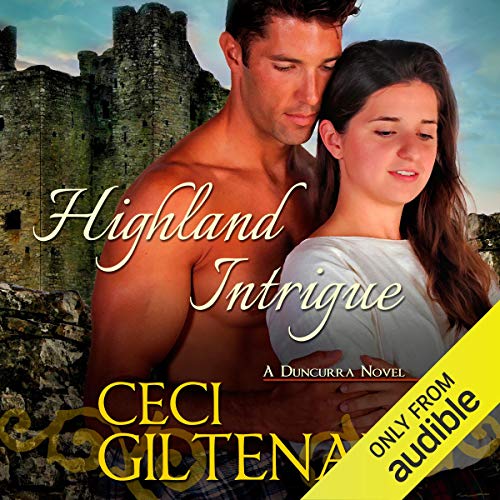 Lady Gillian MacLennan's clan needs a leader, but the last person on Earth she wants as their laird is Fingal Maclan. She can neither forgive nor forget that his mother killed her father, and, by doing so, created Clan MacLennan's current desperate circumstances.

King David knows a weak clan, without a laird, can change quickly from a simple annoyance to a dangerous liability, and he cannot ignore the turmoil. The MacIan's owe him a great debt, so when he makes Fingal MacIan laird of clan MacLennan and requires that he marry Lady Gillian, Fingal is in no position to refuse.

In spite of the challenge, Fingal is confident he can rebuild her clan, ease her heartache and win her affection. However, just as love awakens, the power struggle takes a deadly turn. Can he protect her from the unknown long enough to uncover the plot against them? Or will all be lost, destroying the happiness they seek in each other's arms?

What listeners say about Highland Intrigue

Narration can make it or break it for me. This one was as good as the story. Enjoyable listen overall

l have totally enjoyed every book in this series. The characters, visuals, plots, emotions and dramas are all so well written that this becomes a one sitting sort of book.

NARRATOR: Paul Woodson is a talented narrator with a command of both male and female voices that is quite remarkable. My one issue that brought my rating down to 4 Stars is the odd sort of choppy way that some words or phrases are mangaled. It is not constant, not even often. Yet when it happens the jolt I feel of slipping out of the story to hear the narrator for a moment is quite disconcerting. I couldn't pin point it but I think its words with double t's in it that cause the problem. It isn't the accent although it would be easy enough to say it is ... Its just odd.

CREDITWORTHY ? If this is a genre you typically enjoy then YES.

A must to read.

A must to read. Hoping for book two, in November. You have to read this book.

Decent romance. I like that there wasn’t a lot stupidity between the H and h. They were liked each other and trusted each other.

While I like this author and the other books in the series, I have heard this story line before. Will read/listen to another of her books again.