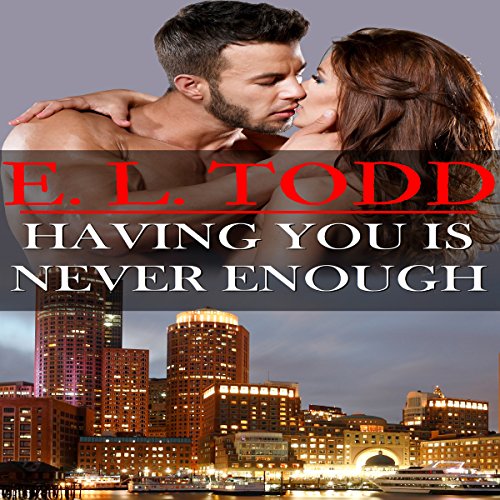 Having You Is Never Enough

While Cayson is battling his decision about medical school, he notices Slade's peculiar behavior. Slade never seems to be where he says he is, and it's clear he's hiding something from everyone. Cayson is certain he has a girlfriend, and the more Slade denies it, the more hurt Cayson feels. Why won't Slade tell him the truth? He decides to investigate the matter further, and he discovers something he never thought was possible...especially from Slade.

Trinity keeps her relationship with Slade a secret, but when Skye sets her up on a date with a friend, she can't reject the offer. Slade is insane with jealousy and outright refuses to let the date happen. But Trinity knows she has to keep pretenses. While she's on her date, Slade shows up. And his appearance will change their relationship forever.

Roland can't deny the guilt he feels toward Jasmine. While he feels terrible for betraying his childhood friend, he feels worse for the way he treated Jasmine. Determined to make it right, he hunts her down until she agrees to go on a date with him - a real one.

What listeners say about Having You Is Never Enough

Great story! Another great book. I hope I could read them all. Trinity and Slade had great story.

well i am addicted to the story that i dont want to hang up ...
i envy Slades determination and resilientness just like i envy trinity for having him... my favorite part is when slade is chasing mike for acceptance and forgiveness...
the narration was good but maybe it could me a lot more better it was narrated emotionally.. still hungry for more of it

This book would've been easier to follow if there was a reader for each character. Sometimes it was difficult to distinguish which character was speaking.

Best book in the series

Be warned it will make you laugh and cry! Great book in the series. Enjoy!