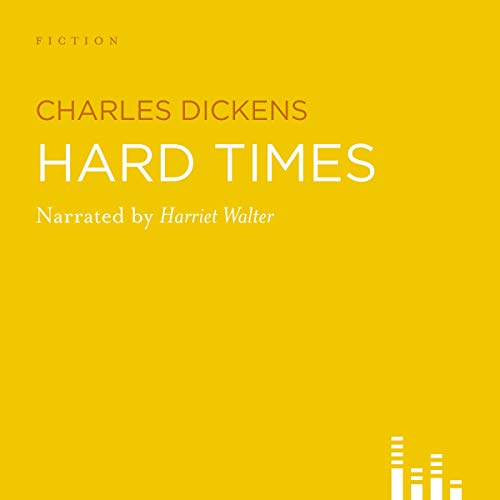 'Now what I want is Facts. Teach these boys and girls nothing but Facts. Facts alone are wanted in life….' So says Thomas Gradgrind in Dickens' immortal story set in the North of England in the 19th century.

Gradgrind, a local industrialist, gave this advice to his children, set against a backdrop of huge wealth and even huger poverty, where the rich marry for money and the poor cannot afford to divorce. The greed leads to gambling and the rich rule over the poor, who suffer terribly. As Gradgrind grows older, he begins to question his stringent approach to education...though is it already too late for his own children?

Good but set up oddly

The voice is good and well done, but the chapters make absolutely no sense. Worth a few hours listening to. The story isn’t Charles Dickens’ best, but I guess they can’t all be.