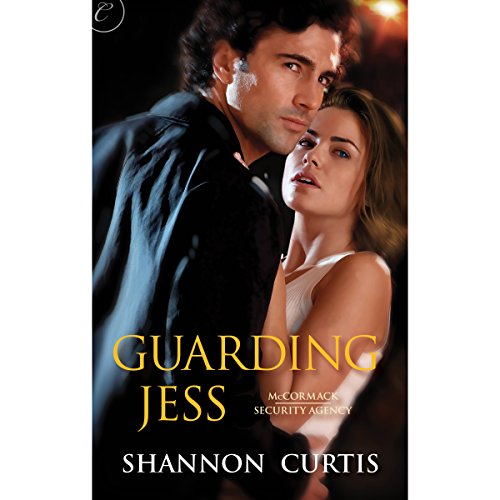 Jessica Pennington's work as an etiquette coach requires her to be polite and proper at all times, especially now that she has a book coming out. The only thing that rattles her reserve is the increasingly violent emails and texts from her persistent stalker. With the book launch in jeopardy, she reluctantly hires a bodyguard.

Noah Samuels hates stuck-up, prim people like Jessica. He's more the blunt, straightforward type. But to advance up the ranks at McCormack Security, he has to take the high-profile assignment. After a near miss on his first day on the job, Noah realizes that the stalker isn't just hype cooked up to sell books - the threat is real.

As the stalker escalates from letters to letter bombs, Noah sees a vulnerable side of Jessica that rouses more than just his protective instincts. But can she let down her guard long enough to trust Noah before it's too late?

What listeners say about Guarding Jess

This is a great mystery romance. The narrator is good and the story makes you smile and gasp. It's worth a credit!

This is a romantic suspense book that will knock your socks off. It has so many twists that it keeps you guessing until the end.

Ick on the narration

I would recommend trying to actually read the book instead of listening to it. The story was fine, the narration wasn't.

Would you be willing to try another book from Shannon Curtis? Why or why not?

Maybe, but not if it's the same narrator.

Would you be willing to try another one of Lauren Fortgang’s performances?

No. She was way over the top dramatic and seemed to like to use long dramatic pauses. This story could have been much shorter and more interesting, I think.

Was Guarding Jess worth the listening time?