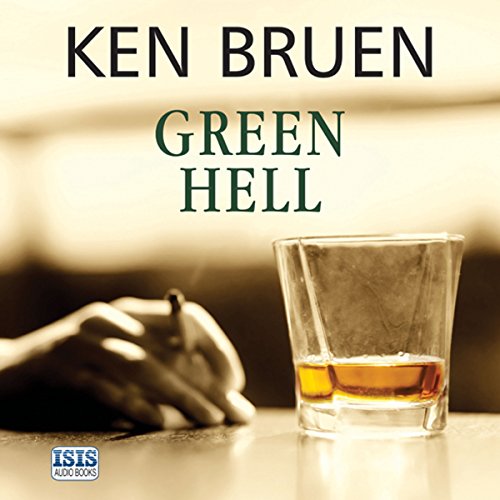 Jack Taylor has again hit rock bottom: one of his best friends is dead, the other has stopped speaking to him. But Jack isn't about to embark on a self-improvement plan.

Instead he has taken up a vigilante case against a professor of literature who has a violent habit his friends in high places are only too happy to ignore. And when Jack rescues a preppy American student from a couple of kid thugs, he also unexpectedly gains a new sidekick.

Between pub crawls and violent outbursts, Jack's vengeful plot against the professor soon spirals toward chaos. Enter Emerald, an edgy young Goth who could be either the answer to Jack's problems...or part of his undoing.

What listeners say about Green Hell

If you could sum up Green Hell in three words, what would they be?

The narrator is always good, except the American accent which I feel lets it down. Would have been easier on the ear.

Enjoyed the new instalment of Lennox thought the story was interesting with modern day relevance. Sean Barratt as narrator was immense just love his twinkle toes. The real star for me is the Glasgow of the 1950s love the details.