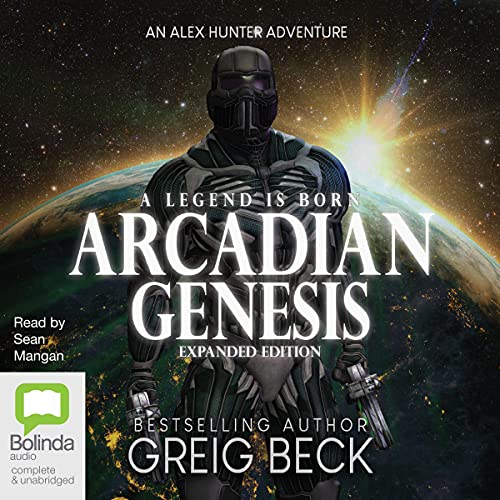 The HAWC team must race the clock to rescue the scientist, prevent the package from falling into the wrong hands...and save the world from a horror that should never have been woken.

An aeon ago, it crashed into the frozen Earth. Millennia later, it was removed from the icy soil, still functioning. They opened it...they shouldn’t have.

Alex Hunter - in the mission that turned him from a normal man into the weapon known as the Arcadian - and the elite team of soldiers known as the Hotzone All-Forces Warfare Commandos must enter a hostile country to rescue a defected Chechen researcher from the centre of a country at war.

But the HAWCs are not the only ones looking for the rogue scientist and the mysterious package he carries with him. A brutal and relentless killer and his death squad are on the trail, too - and they bring a savagery with them that Hunter and his team have never witnessed before in modern warfare.

What listeners say about Arcadian Genesis

Another great book loved it

Only reason I gave 2 stars is because the sound quality was extremely poor.otherwise it was good.

I really enjoy this book as it tells the story of how Alex Hunter became The Arcadian, and how the Russian's unleashed the Lifeform into our planet. Great narration again by Sean Mangan

Another great store of the beginning

I love greig beck and Sean mangan
Greig s novels are awesome you can’t stop reading or listening to them. Sean really brings all the alex hunter books alive

Every story has a beginning

As far as origins go this didn’t fall short. I enjoyed it as I’m sure you will. Hopefully one day they will make this series of books into multiple movies and Greig Beck will be acknowledged for creating a character as memorable as Bruce Wayne, John McClane, Frank Castle, and Alex Hunter! The world needs and wants heroes and it all begins here.