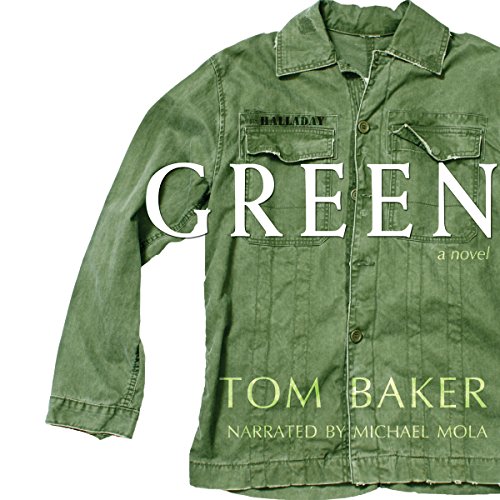 The year is 1967, and Tim Halladay has graduated William & Mary, looking forward to studying drama at Yale, when he finds himself drafted into the United States Army. His college education makes him an object of ridicule and suspicion among the other members of C Company - Charlie Company. Of course, he has to hide his homosexuality.

Tom Baker's newest novel is an honest portrayal of a young man fearful of his secret being discovered, at a time when seeking out the comfort of another man's touch could mean arrest, imprisonment, and a disgraceful court martial. And as the threat of being sent to Vietnam becomes more possible with each passing day, Halladay is determined to hide his true nature under the facade of a soldier's green fatigues.

What listeners say about Green