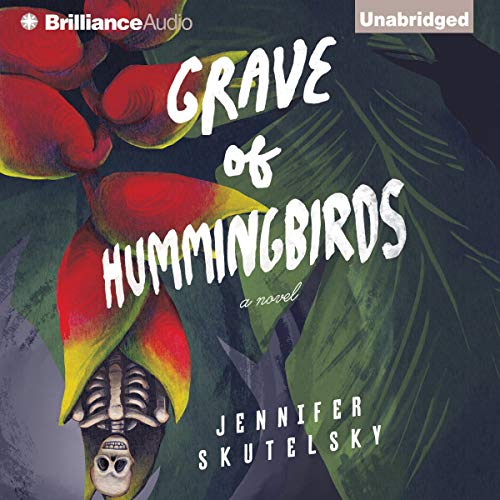 In the remote Andean village of Colibrí, a boy discovers what appears to be the body of an angel. But in the face and wounds of the dead, winged woman, Dr. Gregory Moreno sees something even more disturbing: an uncanny resemblance to his beloved late wife that cannot be mere chance. And in American anthropologist Sophie Lawson, still more echoes of the doctor's lost love stir...igniting the superstitions of the townspeople, and an elusive killer's deepest desires and despair.

When Sophie vanishes, her son and Dr. Moreno must navigate the streets, politics, and mysteries of a place where tortured ghosts and strange omens exist side by side with mortals both devout and corrupt. But they may need nothing less than a miracle to save her from sacrifice at the altar of a madman's twisted passion.

Conjuring shades of Gabriel García Márquez, Isabel Allende, or even Neil Gaiman, Grave of Hummingbirds is a mesmerizing novel of dreams and demons, beauty and blood.

What listeners say about Grave of Hummingbirds

The writer is obviously talented w/ an admirably poetic style and gifted facility w/ imagery, but falls a bit short as a storyteller... Is it a mystery, mystical journey, romance, tale of young angst, or something else altogether? Hard to pin it down, and it never seems to figure out what kinda story it is, or wants to be, and as a result fails to fully grab the reader.... It starts a bit slow and is pretty easy to put down for a short work... It does pick up in the latter half and develop some passing interest... Most of the characters are not terribly likeable, much less well developed, excepting Gregory... The ease of relationship between strangers is also a bit hard to swallow... At times the dialogue seems forced and unnatural... The animal imagery and moods it evoked were very well done, and at times downright beautiful... It's pretty easy to figure out the culprit/murderer, although the ending is a pleasant twist, and does leave the reader thinking... The narration is adequate, if a bit monotonous, and does a decent job w/ the language and dialect of the story... I find myself admiring a skillful writer w/ a poetically somber and haunting voice,while at the same time disappointed at the average nature of a story that had an obvious potential to inthrall... IMO not worth a credit, but not worth a return either...