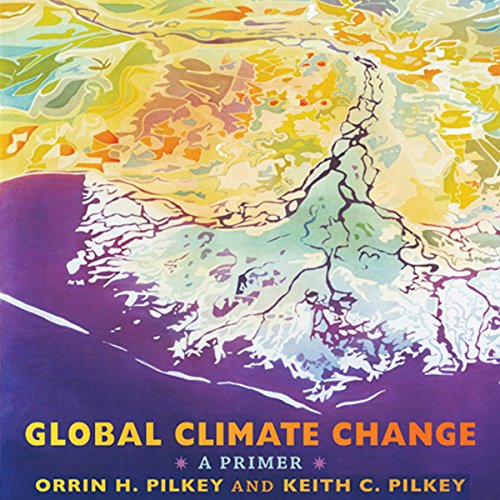 An internationally recognized expert on the geology of barrier islands, Orrin H. Pilkey is one of the rare academics who engages in public advocacy about science-related issues. He has written dozens of books and articles explaining coastal processes to lay readers, and he is a frequent and outspoken interviewee in the mainstream media. Here, the colorful scientist takes on climate change deniers in an outstanding and much-needed primer on the science of global change and its effects.

After explaining the greenhouse effect, Pilkey, writing with son Keith, turns to the damage it is causing: sea level rise, ocean acidification, glacier and sea ice melting, changing habitats, desertification, and the threats to animals, humans, coral reefs, marshes, and mangroves. These explanations are accompanied by Mary Edna Fraser's stunning batiks depicting the large-scale arenas in which climate change plays out.

The Pilkeys directly confront and rebut arguments typically advanced by global change deniers. Particularly valuable are their discussions of "Climategate", a manufactured scandal that undermined respect for the scientific community, and the denial campaigns by the fossil fuel industry, which they compare to the tactics used by the tobacco companies a generation ago to obfuscate findings on the harm caused by cigarettes.

“This timely, informative book is exactly what the public needs to understand the ongoing disruption of the earth's climate. Orrin H. and Keith C. Pilkey present an excellent summary of what we know, and what we don't know, about the planet's climate. They also provide a superb overview of a huge campaign underwritten by corporate dollars and intended to confuse the public and manufacture doubt about climate issues.” (Brent Blackwelder, President Emeritus, Friends of the Earth)
“A gold mine of useful analysis, insights, and information on the subject. The writing is crisp, clear, and engaging. Don't just buy a copy for yourself; get a few for your friends, too!” (Lester R. Brown, President, Earth Policy Institute, and author of World on the Edge)

Where does Global Climate Change rank among all the audiobooks you’ve listened to so far?

this is an unfair question because I listen to a variety of audiobooks. However amongst scientific explanatory books it is well up there

If you’ve listened to books by the authors before, how does this one compare?

What does Caroline Miller bring to the story that you wouldn’t experience if you had only read the book?

Too much detail for one sitting. However I am listening to it again as I find I can pick up detail the second time round

While several facts are misstated, and many stats are nearly a decade old now, the book does a decent job of stating the challenges both natural and political with addressing this rapidly growing threat to humanity and life on Earth in general.