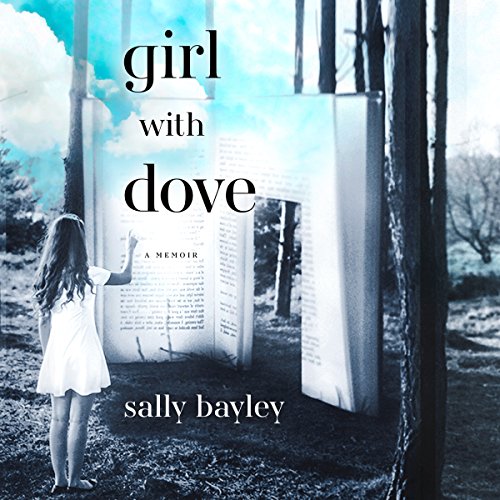 This audiobook includes an exclusive interview between the author, Sally Bayley, and a mentee of Sally’s, Georgie Newson, who first met when they read Jane Eyre together. They talk about the stories that have been woven into the book, the reflective nature of literature, the influence of Jane Eyre on their lives and much more.

Sally grew up in a dilapidated house by the sea where men were forbidden, her childhood world filled with mystery and intrigue. Hippies trailed through the kitchen looking for God - their leader was Aunt Di, who ruled the house with charismatic force. When Sally’s baby brother vanished from his pram, she became suspicious of the activities going on around her. What happened to Baby David and the woman called Poor Sue? And where did all the people singing and wailing prayers in the front room suddenly go?

Disappearing into a world of books and reading, Sally adopts the tried and tested methods of Miss Marple. Taking books for hints and clues, she turns herself into a reading detective. Her discovery of Jane Eyre marks the beginning of a vivid journey through Victorian literature, where she also finds the kind, eccentric figure of Charles Dickens’ Betsey Trotwood. These characters soon become her heroines, acting as a part of an alternative family, offering humour and guidance during many difficult moments in Sally’s life.

Combining the voices of literary characters with those of her real-life counterparts, Girl with Dove reads as a magical series of strange encounters, climaxing with a comic performance of Shakespeare in the children’s home where Sally is eventually sent.

Weaving literary classics with a young girl’s coming of age story, this is a book that testifies to the transformative power of reading and the literary imagination. Mixing fairy tale, literary classics, nursery rhymes and folklore, it is the story of a child’s adventure in wonderland and search for truth in an adult world often cast in deep shadow.

"Into the burgeoning genre of writing about the power of books to shape our lives comes a wholly new and mesmerising voice: Sally Bayley writes through the eyes of a child living a very strange childhood as convincingly as the Dickens of David Copperfield." (Jonathan Bate)

"A dark, funny, heartbreaking memoir which celebrates the power of literature to transform, inform and comfort." (Alice Jolly, author of Dead Babies, winner of the Ackerley Prize 2016)

What listeners say about Girl With Dove

I went to sixth form college with Sally Bayley - we studied English Literature A-level in the same group. I liked her. She said intelligent things about the books, plays and poems we read. She was remarkably pale, with lots of very pale blond hair and a quiet voice. So it was good to discover that she is enjoying a career based on literature and to read this book about her childhood. The writing style is incantatory, by which I mean repetitive in a way both reflective and assertive and it is really refreshing and successful. Contrary to what is said in the discussion which follows the text in this audiobook about how everyone likes mystery, I found the veil of mystery drawn over some of the events in this book a bit frustrating, although I understand that Sally has to protect her relatives. I’m so glad that Sally read the text herself for this audio book - no one else could have have done it so well. I’m looking forward to reading the sequel.