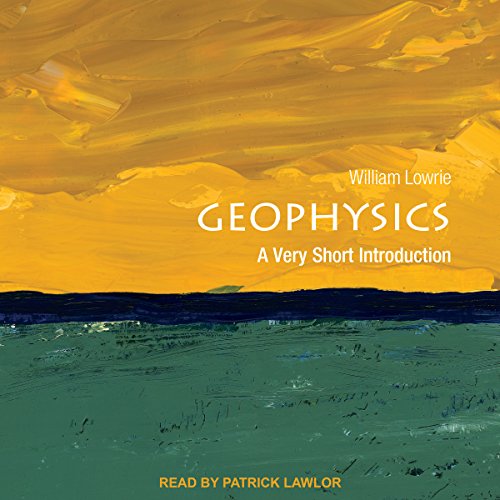 By: William Lowrie
Narrated by: Patrick Lawlor
Try for £0.00

In this Very Short Introduction, William Lowrie describes the internal and external processes that affect the planet, as well as the principles and methods of geophysics used to investigate them. He explains how analysis of the seismic waves produced in earthquakes reveals the internal structure of the Earth.

Geophysicists have established that the greatest source of energy powering geological processes is the Earth's internal heat. Deep inside the Earth, the temperature is high enough to produce a fluid outer core of molten iron. It is the motion in this molten iron layer that produces the Earth's magnetic field, which shields the planet against harmful radiation from the Sun and outer space, and thus makes the planet habitable.

Lowrie describes how the magnetic field also magnetizes rocks during their formation, leaving a permanent record of the ancient field and its direction that geophysicists have learned to use to interpret past motions of the continents and tectonic plates.

From analyses of Earth's deepest interior to measurements made from Earth-orbiting satellites, Lowrie shows how geophysical exploration is vitally important in the search for mineral resources and emphasizes our need to understand the history of our planet and the processes that govern its continuing evolution.

What listeners say about Geophysics

Insightful and educational resources from the University of life experience, understanding and observation along side the polimathic stream of consciousness studies in a lifelong learning environment. Beautiful

Good book but I had to fact check it

So somewhere in early chapter 2 he says Pluto is not a planet because of it’s small size. That’s not true, according to NASA’s website it is because Pluto does not clear is neighborhood around it’s orbit.

The integrity of of non-fiction books is based on being peer-reviewed and actuate at all times or else the general public begins to question all science. Fallacies like this bug me because now it’s information someone can credible cite despite its inaccuracies.
Otherwise to my knowledge everything else was correct (I hope anyway since I listened to this with the intention of increasing my geophysical knowledge) so 3 stars.
5 starts for performance tho.

This book was very useful!

I used this book to stretch my knowledge base. I love listening to books even when they contain information from experts that I don't have experience with.
I recommend this book. 😊