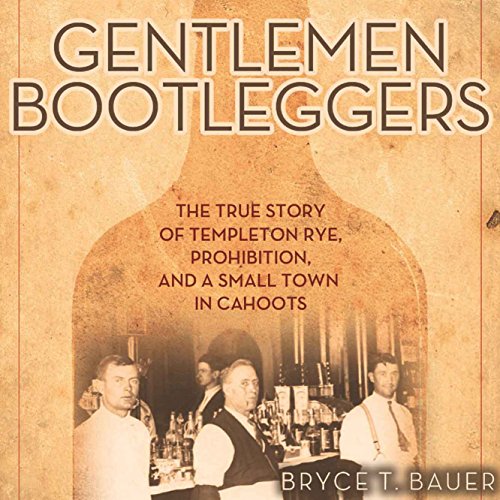 During Prohibition, while Al Capone was rising to worldwide prominence as Public Enemy Number One, the townspeople of rural Templeton, Iowa - population just 418 - were busy with a bootlegging empire of their own. Led by Joe Irlbeck, the whip-smart and gregarious son of a Bavarian immigrant, the outfit of farmers, small merchants, and even the church Monsignor worked together to create a whiskey so excellent, it was ordered by name: Templeton Rye.

Gentlemen Bootleggers tells a never-before-told tale of ingenuity, bootstrapping, and perseverance in one small town, showcasing a group of immigrants who embraced the American ideals of self-reliance, dynamism, and democratic justice. It relies on previously classified Prohibition Bureau investigation files, federal court case files, extensive newspaper archive research, and a recently disclosed interview with kingpin Joe Irlbeck. Unlike other Prohibition-era tales of big-city gangsters, it provides an important reminder that bootlegging wasn't only about glory and riches, but could be in the service of a higher goal: producing the best whiskey money could buy.

What listeners say about Gentlemen Bootleggers

Bootlegging for the Community


This was an interesting story about a town that supported hometown bootlegging during the Prohibition era. The sense of community and common good made it much different from the rest of the country. The tales of the bootleggers and the law enforcement officers attempting to bring them down makes for heartwarming and heartbreaking reading, especially since the sale of the drinks was keeping food on the table for the hard strapped farmers during the depression. I found myself rooting for them not to get caught. I read this book using immersion reading while listening to the audiobook. Veteran narrator Jonathan Davis expertly brings this story to life beautifully.