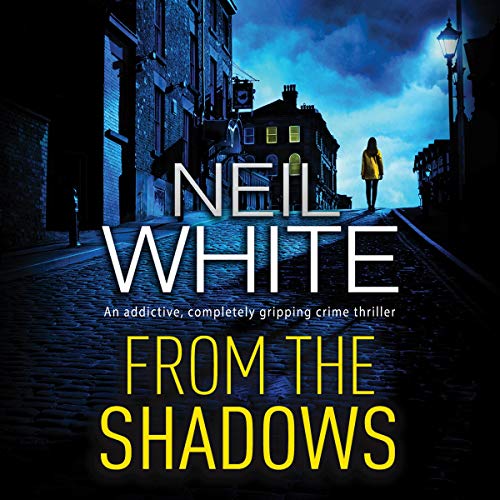 By: Neil White
Narrated by: Johnny Heller
Try for £0.00

Twenty-four-year-old Mary Kendricks is a vivacious young teacher living in the quiet Northern town of Highford, her beauty turning heads wherever she goes. But when she catches the eye of Robert Carter, initial flattery quickly turns dangerous. Wherever she goes, Carter is not far behind, and Mary soon becomes stifled by his attention, telling friends of her fears that he’s getting too close.

And then Mary’s body is discovered, stabbed to death in her own bedroom.

The case quickly garners the attention of the press, all baying for Carter’s blood. It’s the case no lawyer wants to touch - until criminal defense lawyer Dan Grant, aided by investigator Jayne Brett, agrees to represent Carter. While Robert Carter admits to being at her house when it happened - the bloody fingerprint on her wall placing him at the scene - he insists he is innocent of her death. The police believe they’ve got their man, but as they delve further into the investigation, Grant and Brett think the detectives might be looking in the wrong place - leaving the real murderer to walk free.

In order to catch a killer before another victim is discovered, Brett and Grant need to risk everything. Including their own lives...

What listeners say about From the Shadows

I like Neil White's work and this story, which I had heard before but purchased a second time as the system didn't flag up that I already had it, was completely spoiled by the narration. The wildly changing accents were at best distracting and at worst incomprehensible. Why didn't you stick with the first version which is 100 times better..