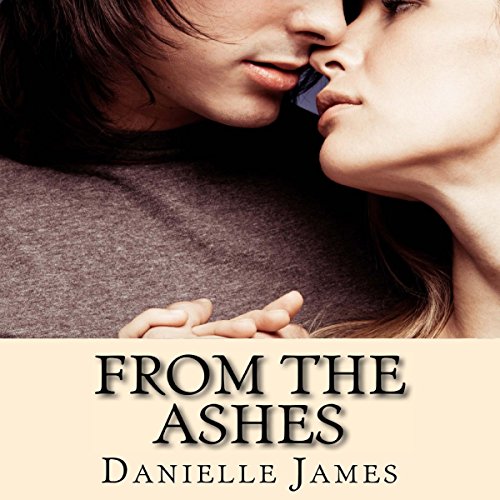 By: Danielle James
Narrated by: Miles Taylor
Try for £0.00

Dead people are supposed to stay dead, right? For Antonio, that just wasn't going to happen. With what Antonio knows, heaven will have to wait.

Macy had always been sensitive to the spirits of those who needed help to find peace, but this guy! He was driving her insane! It didn't help that he was gorgeous to a distraction. So what if he claimed that Angel Knight was his family? One does not just stroll up to the famous rock star's house and say "Hey, guess what?" But Antonio is very persistent, and Macy knows what she must do if she is going to get any peace at all.

Jacque spent all of his free time looking for a way to contact his lost brother. But it seems all hope is lost until not one, but two women walk into his life. One is a pretty necromancer who claims Antonio speaks to her; the other is one he had been searching for himself for a long time. He had known Frankie was destined to be his mate, but she disappeared from his life before he could make her understand that. Now that she's back, he doesn't plan to ever let her go.

With a dire situation at hand and working against the clock, Jacque must make Frankie his own while fighting a danger they all thought had been extinguished months before....

What listeners say about From the Ashes

Again, the narrator was just not right for this listen. He made me not want to hear what was going to happen next.

First, all the other books in this series are part of the Romance Package but this book isn’t included so you either pay for it or spend the credit. If you measure the book as a stand alone it is not worth the credit or the price charged. This book had a lot of action but also sadness and violence. The narration was very flat and ho hum without much feeling or distinction of voice except through an obvious accent. The plot centres around the dragon Merrick’s vengeance, reincarnation for Antonio to supply his adopted sister Leigh with an important message concerning the birth of her baby, and matings for both him and Jacque. Their are the usual cast of characters, some sex and some romance, but no humor or lighthearted banter except for one immature smurfing incident. A dark, depressing and boring chapter to the series.

Wow.... Danielle James has outdone herself once again. This story has it all, action, suspense, love, emotional, sadness, and it had me crying many times throughout the story. I thought we had a brother back and then just when he's home and mated everything is torn away again. Outstanding writing from James and she has written one Hell of a story that you must listen to.

Miles Taylor does a fantastic job at pulling you into a story and his performances and the telling of James's stories continue to get better. He had me immersed in the story right away and I could hear the emotion in this story as he told it. Overall, a rate it 5 stars!

If you could sum up From the Ashes in three words, what would they be?

What was one of the most memorable moments of From the Ashes?

It is really hard to pick one because there were too many great moments. Although sad, it would have to be when Macy's dead body was returned and Antonio stayed wrapped around her while he wasted away. So sad but depicted the love shared by a vampire and his mate.

It is a cross between Leigh giving birth as a dragon because of Antonio's prediction and Frankie waking up as a vampire, she seemed to take it in stride.

Yes, and I did. Just could not stop and go to bed, stayed up till 3 am to finish it.

I loved that fact that the author wrote this story in a way that one who had not read the first 3 stories in this series could understand what was going on and not feel lost. This is the second book I have read from Danielle James and would read probably anything she writes.

I need to REVIEW THIS AGAIN LATER AFTER I HAVE READ/LISTENED TO BOOKS 1-3 I didn't realize this was BOOK #4! I LOVED THE STORY & THE NARRATOR DID GREAT... I JUST FEEL LIKE I CANT GIVE THIS BOOK THE BEST REVIEW I SHOULD BE ABLE TO CAUSE I MESSED UP! I WISH I WOULD'VE READ THEM RIGHT CAUSE I REALLY DID LOVE THIS BOOK!!
As I'm going through all Danielle James books on here I AM FREAKING OUT CAUSE THEY ALL LOOK SO GOOD!!

interesting story and i loved it. listened to it almost nonstop

Pick up the First Three

A great listen and well written story that kept me hooked. The narrator was excellent and really brought the story to life. I don’t usually listen to books in this category, but will be looking for more from this author in the future.