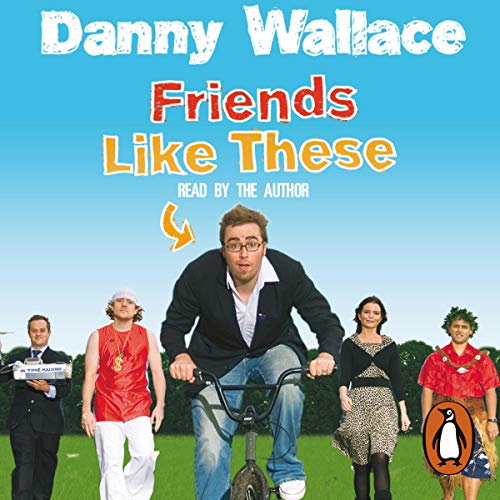 Exclusive to download - bonus material not included in the book or CD! Hear Danny and his friends in a live quiz.

Danny Wallace is about to turn 30. Recently married and living in a smart new area of town, he's swapped pints down the pub for lattes and brunch. For the first time in his life, he's feeling, well...grown-up.

But something's missing. Something he can't quite put his finger on. Until he finds an old address book, containing just 12 names. The names of his best mates as a kid. Where are they now? Who are they now? And how are they coping with being grown-up too?

And so begins an epic journey - from Berlin to Tokyo, Los Angeles to Loughborough - as Danny sets out to find and meet the old gang. He meets Fijian chiefs. German rappers. And a carvery manager who's managed to solve time travel. But how will they react to a long-lost friend turning up out of the blue to see if they're coming out to play? Can you be friends forever?

This book is up to Dannys usually high standard - very funny at times, but with a good dose of his own personality. It was all the better because he reads it. Buy this book....and finally POTATO! (download the book!)

Anything by Danny Wallace is great. I’ve enjoyed all of his books. Well worth a read.

definitely worth listening too

read the book many years ago and thought I'd like to hear it again Danny's voice adds to the story.

I really enjoyed this book and would recommend it. It was funny and engaging and Danny Wallace reads it really well.

As has been said, Danny's reading here is enthusiastic and well executed - some care has been taken (not always the case with audiobooks) to produce a quality product. There are even some "bonuses" added.
It is a funny and touching story that I have now listened to three times! I wish that it was available unabridged - high praise indeed...
So why only four stars? A bit churlish this I know, but Danny Wallace books, despite being seemingly disparate in subject matter, are in danger of becoming formulaic.
Great holiday/plane listen.

Fun and easy to listen but still thought provoking. The author is an excellent reader and its more like listening to a story told than actually read.
Enjoyed it even though I'm past thirty!