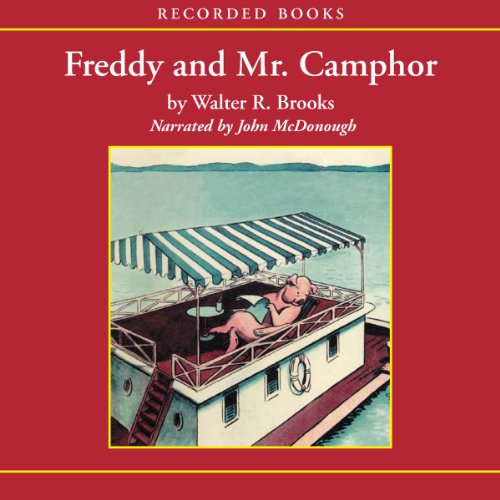 Freddy the Pig needs a break. As editor of the Bean Home News and president of the First Animal Bank, he has no time for himself anymore. As Freddy says, "I sometimes think I was much happier when I was just a humble, unpolished pig."

So when rich Mr. Camphor wants a summer caretaker, Freddy trots right over to apply. Soon, he's sunning himself on a houseboat, writing a bit of poetry, and even dabbling with his paint set. But Freddy's life of ease quickly comes to an end when Simon and the rest of his rat family show up in Mr. Camphor's attic, followed by a visit from a familiar man with a black moustache and his dirty-faced boy.