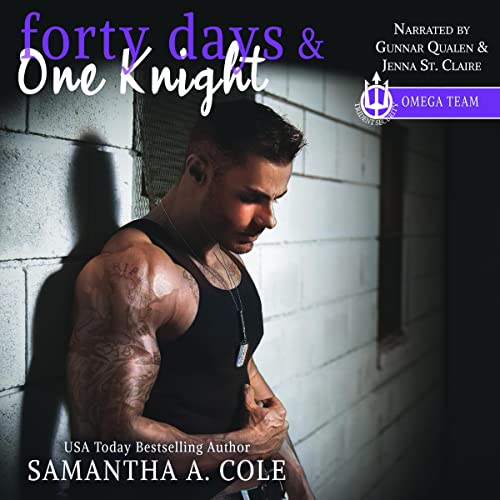 Forty Days and One Knight

By: Samantha A. Cole
Narrated by: Gunnar Qualen,Jenna St. Claire
Try for £0.00

Princess Tahira had grown up not worrying about being pushed into an arranged marriage, but after her mother’s near-death illness, King Rajeemh orders his only daughter to choose a husband within 40 days or have one chosen for her. While the deadline looms, Tahira and her cousins are kidnapped during a trip to Jamaica.

Trident Security operative Darius Knight has been working undercover for several months, infiltrating a human-trafficking cartel. Just when he’s almost in the position to take them down, a huge wrench is thrown into the mission. If he saves the woman whose body he’s guarded in the past, his cover will be blown. But if he doesn’t, he’ll never be able to live with the results.

When the rescue doesn’t go as planned, Darius makes a rash decision that will affect both their lives. To keep their secret means he’ll probably lose his dream job. To reveal it will destroy the woman who is inching her way into his heart.

What listeners say about Forty Days and One Knight

Thank goodness for Samantha A Cole

listening to the lovable characters come to life in this action packed tale, is just what anyone needs to make life better!!!