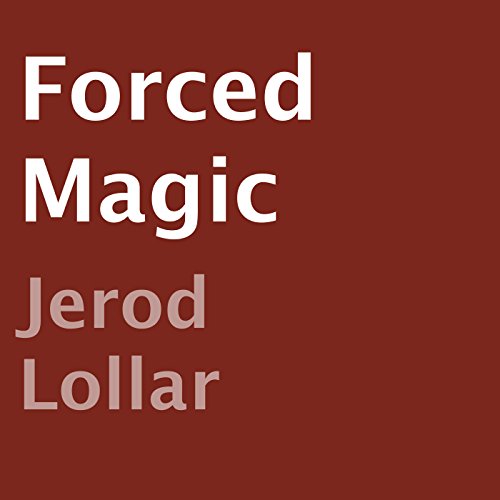 In Forced Magic, Jack Dewitte starts his incredible journey into a new world. It started with just simply walking out his front door. With just a few steps, the world of magic begins to be revealed. Across a busy street is a beautiful fairy desperately trying to get his attention. With a step out into the street (resulting in Jack almost getting run over), Jack's whole life will be changed forever.

The fairy disappears, but the magic continues as Jack has to befriend a dragon, fight a group of goblins, and find a wizard that has promised to help him.

With a knapsack full of money and the knowledge that his brother has no memory of who Jack is, a quest begins that puts this ordinary fantasy fan in the path of Gnomes, elves, and garbage-eating trolls as he struggles just to fit in in this magic world where it seems that someone wants him dead.

What listeners say about Forced Magic

Unfortunately there is to be a sequel

Unfortunately the book the is to be a sequel this volume does not finish the story and searching the internet does not find any indication the sequel exists or is in work.

I really wanted to like this book, but couldn't stand the reader more than about 20 minutes. I will try to check it out at the library and read it the old-fashioned way. Why are there so many over-readers??? Calm down, folks.