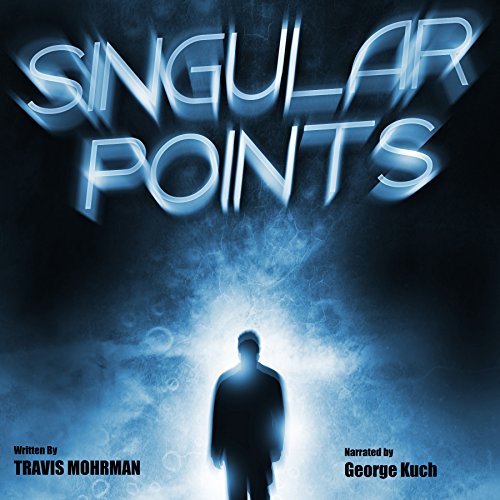 David's life has been picture perfect until a terrible accident disrupts his whole world. Overcome with emotion, he slips into a blind rage only to find himself transported to another dimension. Through a stranger he meets on the "other side", David learns more about his world than he could ever imagine - and that there is a force of evil aiming to destroy the Universe as he knows it. With the help of his sister Debbie, his best friend Brian, and his ever-faithful dog, Kona, David must learn to channel his new found abilities in an attempt to defeat evil and save the Universe.

While this audiobook tackles some tough questions, it does so with humor (slightly bawdy at times).

A journey through space and time and all in between

I really enjoyed this story, reminded me of a mix between the matrix, interstellar and dragon ball z as odd as that sounds!

The performance took me a little time to tet used too as his. Voice comes across very boring and monotone. Looking past that it is read well.