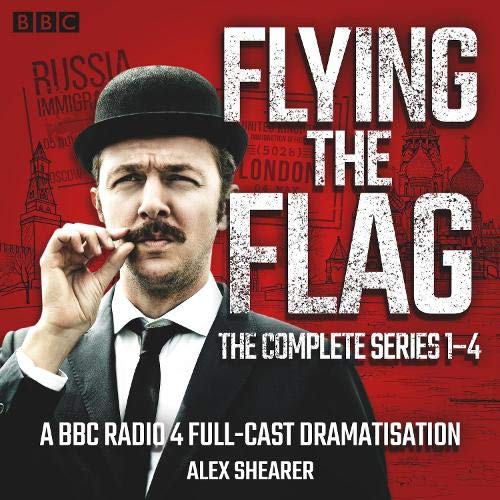 Flying the Flag: The Complete Series 1-4

Set in a British embassy somewhere in Russia as the Cold War draws to a close, this entertaining sitcom follows Her Majesty's Ambassador Mr Mackenzie as he navigates the idiosyncrasies of life behind the Iron Curtain. Together with his first secretary, William Frost, and personal assistant Helen Waterson, he manages matters ranging from dissidents to diplomatic dinners, all while maintaining his urbane, unflappable demeanour.

Engaging with communism is challenging enough, but the era of glasnost and perestroika brings new problems - including tourism, press freedom and an outbreak of political sickness in the People's Republic. However, Mackenzie battles on bravely, striving to dispense his own unique blend of British foreign policy and maintain the upper hand. Whether he's dealing with drug barons, hijackers, a Briton being held hostage or a container ship full of toxic waste, it's all in a day's overwork for the ambassador. Not even an imminent revolution can faze him: but all distinguished careers must come to an end, and eventually it's time for Mackenzie to pack his diplomatic bags.

But as he contemplates a bleak future in Britain with no servants - and no knighthood - he finds himself facing one final crisis. Can he salvage some personal profit from someone else's disaster?

What listeners say about Flying the Flag: The Complete Series 1-4