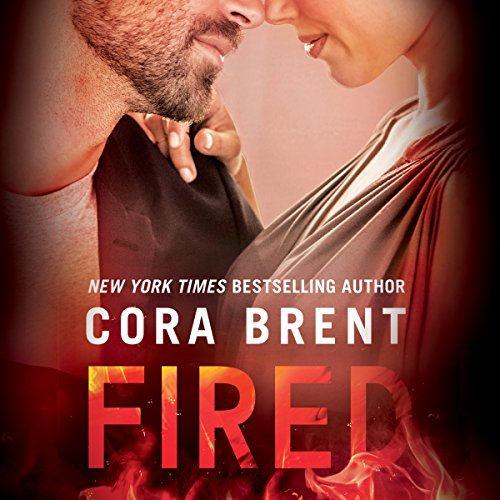 In this fiery series debut from New York Times and USA Today bestselling author Cora Brent, a workplace romance might prove too hot to handle.

Still reeling from a nasty divorce, Melanie Cruz's pride takes another beating when she loses her enviable job at an upscale resort. After a flurry of unsuccessful interviews, she finally - desperately - accepts a job managing a small chain of family-owned pizzerias in a quaint downtown Phoenix neighborhood. The job also comes with Dominic Esposito, her overbearing but ridiculously handsome boss. Falling for him might be the last thing she expects, but maybe it's the one thing she needs.

As hard as they try to resist, Melanie and Dominic embark on a romance as hot as a brick oven, and Melanie has every reason to believe that maybe, this time, she's finally found "the one."

But Dominic has a secret - one even his family doesn't know. And the scandal could threaten everything he and Melanie have worked for...in business and in love.

This story didn’t hold my interest. The characters weren’t engaging. The plot seemed to drag along. It didn’t have enough tension to keep me listening. DNF.

The loss of a job works in Melanie's favor, landing her a different position and an unconventional relationship with the hot but brooding owner Dominic. But it's not as simple as that, and angst ramps up pretty quick. This book is a good start to another great series by the author.

I've enjoyed listening to the narrators Carly Robins and Aiden Snow. Both made this story come to life.

I really enjoyed this boss/employee romance. Dominic is trying to revive the family restaurant business with his brother and they're opening a second location. Melanie recently lost her job and is looking for something else when her friend suggests her for the position at a new restaurant. From the moment Dominic and Melanie meet, there are sparks and insane chemistry. Dominic won't touch an employee but there's something special about Melanie and he can't resist her. I really liked that these two actually got to know each other before anything sexual happened between them. They had a great connection and I liked both characters a lot. Dominic could be a little rough around the edges but overall he was sweet and kind. Melanie was independent, driven and smart. I have no complaints about the story but struggled a bit with the female narration. I have listened to other books narrated by this narrator and never had an issue but for this particular book, the Italian-American accent was overdone and in contrast to the male narrator and how he did his parts. Other than that, I really enjoyed this audio and look forward to more in this series.

I loved this story and the performance. Both readers are my favorite and they don’t not disappoint me. I was sucked in from the beginning to the end. This story was more than romance. It’s about family and commitment. I highly recommend!

Love the book, Narrators were amazing! It's a great story of family betrayals, redemption, finding love.

Gah!! I loved this sweet and sexy story by Cora Brent! Aiden Snow was fantastic! I really enjoyed Carly Robins as well. This is a story that will stay with me for awhile. I loved the progression of their love story and how their "obstacle" wasn't overdone or over-dramatized. They worked through it. All the supportive characters were awesome and memorable as well. A very well-woven story.

Cora Brent is a very entertaining author. The story was sweet and interesting. I liked it being set in a city other than NYC. I loved the strong family influences and unconditional love shown by their grandmother and the brothers. The theme of forgiveness and new beginnings left room for more stories and more pizza! Thank you for making this a read and listen book!

I just couldn’t get into this one. The beginning seemed chopping and was trying to incorporate too many character stories in the beginning. I’m not sure I’ll ever get the urge to finish this one.

Carly rates 5 stars as usual. Aiden Snow needs to narrate a different genre altogether. He doesn’t have the voice of a leading male character. I cannot listen to his books. I purchased this book because the synopsis sounded good but forgot to check the narrator first.

I immediately returned it because of the male narrator. I’ll read the book instead of listening.

The book was alright but not great, glad it was free and I hadn’t paid for it