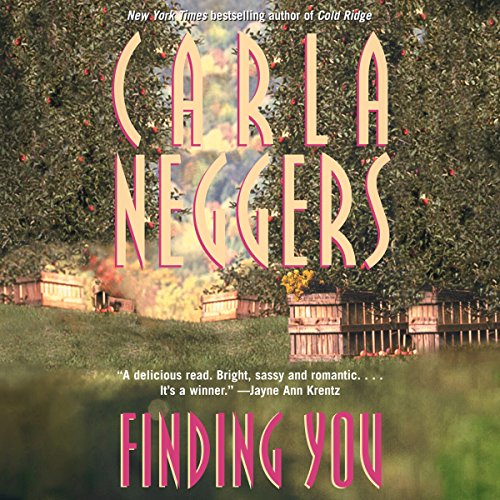 Once again New York Times best-selling author Carla Neggers masters the nonstop suspense and pulse-pounding romance that keep her millions of listeners up all night.

Vermont newspaper editor Cozie Hawthorne is astounded by the money she makes when her collection of Yankee essays becomes a best seller. But that doesn't mean she'll let success go to her head: She still drives a rusted Jeep and lives in a house - built in 1790 - that seems more amenable to bats than it does interesting men.

Daniel Foxworth, renegade son of the Texas oil Foxworths, specializes in putting out chemical fires. At least he did until someone sabotaged his helicopter and almost killed him. The prime suspect is Cozie's brother, Seth, and evidence is piling up as fast as attraction is growing between Daniel and Cozie.

When she finds out that the sexy Texan is out to prove her brother's guilt, Cozie is determined to find out who's really after Daniel. But as danger mounts, Daniel faces an even greater challenge: winning Cozie's trust...before someone ends up dead.

What listeners say about Finding You

The story was a bit tedious (what’s with not reporting to the police right away?) but the narrator was horrible. Best to read this one by hard copy or skip it.

This story in itself is not so bad. However the narrator made the story seem endlessly long and boring. Her attempts at a voicefor the men in this story was woefully awful and nerve grating. Her normal voice was pleasant enough on its own but her reading of the story made me want to pass out from boredom. I stuck it out simply to know who was the tormentor.

Loved this story! I only wish the ending were a little more finished. There were a couple ends I wondered what happened.

Great story, well written. Loved the story line, can’t wait to see if there is more like this.

horrible reader. such a good story. very hard to get into the story with the accent and her inflection

The performance was so bad that I couldn’t even concentrate on the story. Cartoonish southern accents and male characters that sound like dopes made this a very forgettable novel.

Loved the details and characters in the book, with a unique story line.

A little confusing that the brother’s name is Seth and their dog is Zeb. Not sure if it was the book or the person reading it that you need to figure out which they are referring.

The narrator is horrible