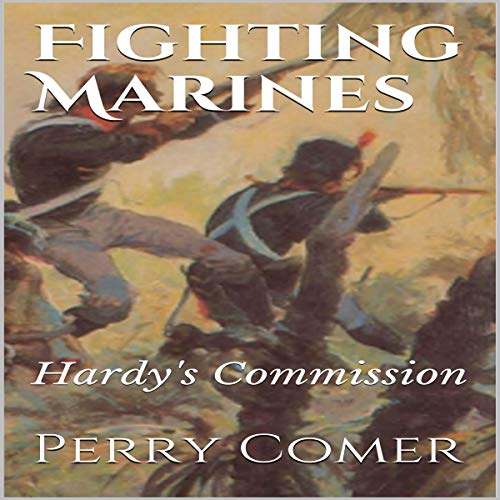 The year is 1810, the Marine Corps survive not being abolished by Congress. Short of experienced officers, Thomas Hardy recently of England's Sixtieth Foot, secures a commission in the Marine Corps. Hardy's expertise with the Baker rifle and his acquired knowledge of skirmishing learned during the war with Napoleon are put to the test in the contested Spanish territory of Florida. Hardy must prove his worth by finding and eliminating a band of Spanish cutthroats. A company of Spanish regulars add to Hardy's difficulties. He is a fighting officer and a leader of men.

Fighting Marines is meticulously researched work of historical fiction. It is the first audiobook of the series that will trace the history of the United States Marine Corps. This is a revised version of The Florida Campaign.