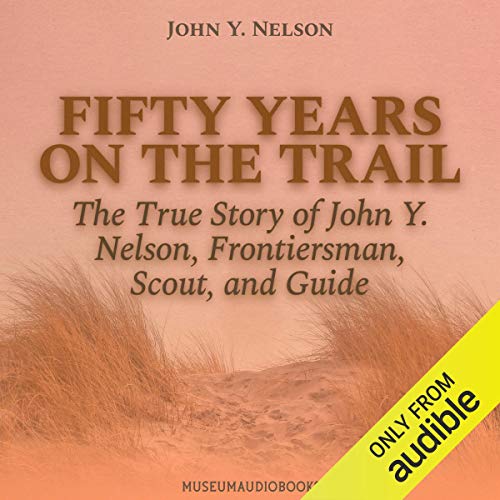 Fifty Years on the Trail

Fifty Years on the Trail is the true story of John Young Nelson (1826-1903), an early frontiersman, military scout, interpreter, guide, and saloon owner. Nelson ran away from home as a young teenager to adventure in the west. He worked on farms, served as a cabin boy on a Mississippi steamer, and became an apprentice with a group of traders traveling west from Missouri.

After meeting a band of Sioux, he got himself adopted into the tribe, learned how to live off the land and became a Sioux warrior. It was Nelson who guided Brigham Young and the Mormon pioneers into Salt Lake Valley in 1847. Nelson later worked with Buffalo Bill fought and served as a sheriff in North Dakota. His exiting story provides fascinating insight into the early American west.

What listeners say about Fifty Years on the Trail