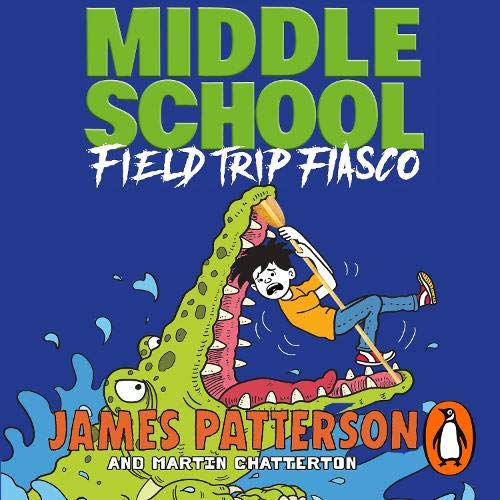 By: James Patterson
Narrated by: Michael Crouch
Try for £0.00

Rafe Khatchadorian is back in the latest adventure in the best-selling Middle School series.

Things have quietened down for lovable troublemaker Rafe Khatchadorian, and after all the mishaps and adventures he's been through, he's feeling a little restless. So when he's invited to attend an all-expenses paid art field trip in California, Rafe jumps at the opportunity.

But things go sideways, as they always do for Rafe, when he arrives and realises his trip isn't the Hollywood vacation he thought it would be. Instead, he'll be participating in a 'Cultural Campout' in the desert.

What follows is a series of unfortunate events that only Rafe could find himself in, including an encounter with a cranky crocodile, a claustrophobic trip into an ancient cave and a set of cave ancient cave paintings that may or may not have been faked.

To make matters worse, Rafe finds himself smack dab in the middle of a plot to smuggle a legendary missing diamond. Has he finally stumbled his way into an adventure he can't get himself out of?

I love the storyline of this book, Michael Crouch is great at reading the Middle School Books. James Patterson just keeps giving!