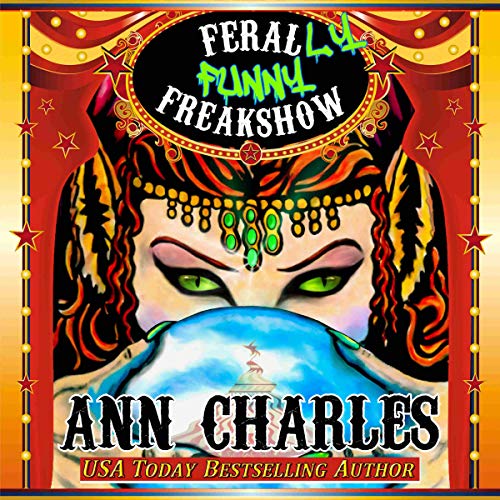 By: Ann Charles
Narrated by: Lisa Larsen
Try for £0.00

It’s all fun and games at the circus...until everyone’s favorite clown winds up dead.

Someone killed Clint the Clown. Madam Electra’s crystal ball could help find the murderer, but she risks exposing her own secrets in the process. Secrets that could land her on the endangered species list.

Head security officer Bruno Maska has been ordered to enlist the help of the one person he suspects is hiding something - Electra. The same woman who’s been haunting his thoughts since their drunken night together.

With the killer still on the prowl, can Bruno and Electra get their act together before the Freakiest Show on Earth loses another clown? Or worse, its beloved psychic?

From the AC Silly Circus Co. comes the first story in a new series of paranormal romantic mystery novellas chock-full of oddball shapeshifters, dangerous secrets, and loads of laughs.

Step right up and enjoy the Ferally Funny Freakshow!

Different but enjoyable. I like all the Ann Charles books I have listened to to date.

I would have given this a higher rating but the end chapter was mixed up and out of place.